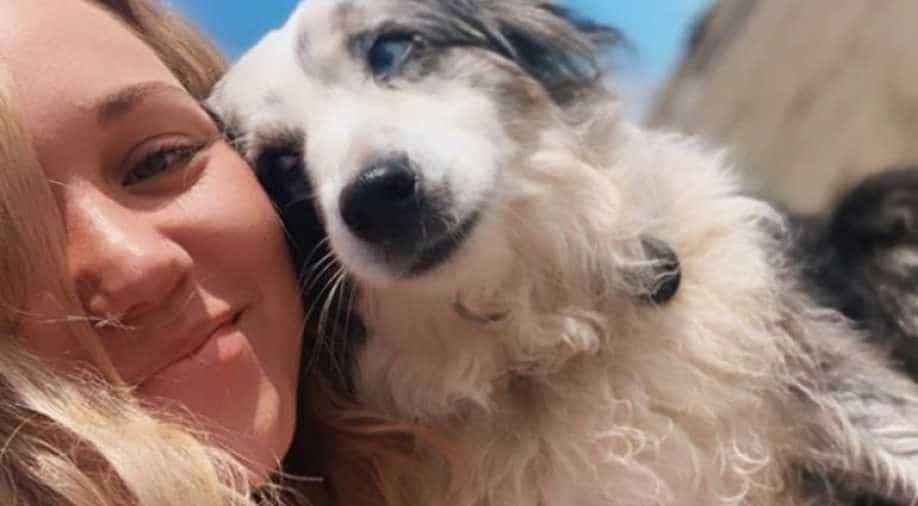 Emilie Talermo, a resident of San Francisco, United States, on December 14, 2019, lost her adored pet named Jackson - to what she claims to be theft.

An American woman from San Francisco has issued a reward of $7000 and spending over $2000 to search for her Australian Shepherd pet stolen last weekend.

Emilie Talermo, a resident of San Francisco, United States, on December 14, 2019, lost her adored pet named Jackson - to what she claims to be theft.

Talermo's 5-year old pet dog was 'stolen' from outside of a Good Life grocery store in the 'Bernal heights' locality of the city.

$7,000 REWARD. We’re at the cap on our GoFundMe. Anything else will be donated to @rocketdogrescue 🖤please please please download from the website (www.bringjacksonhome.com), print and tag/pass out on your commutes to wherever you’re going. You all are keeping my hope alive 💔

To recover Jackson from this unfortunate incident, Ms Emilie Talermo has gone all-in, in an attempt to bring Jackson home; proving the extent to which the value of 'man's best friend' stands.

A website has been set up which contains the details of the mishap, with a surveillance tape showing the suspect in a hoodie walking by outside the grocery store, from where Jackson was stolen. The website also displays affectionate photos of Ms Talermo with her beautiful dog - with a black, grey and white fur, gifted with bright blue eyes.

The owner has also employed the use of an aircraft to fly a banner with the name of the website across the city, at the heavy cost of $1200. Such an attempt has been made to gather alertness among the residents of the city, which would increase the chances of Jackson coming back home.

The cost of putting up a website and of employing an aircraft could not have been easy. However, the owner has decided to spare no costs in an attempt to achieve her goal as soon as possible. A donations fund has been set up to help recover the stolen pet, which will help cover the cost of this recovery.

The reward for finding and reuniting the pet with his owner, which initially started at $1,000, is now up at its cap of $7,000. The astonishing amount has been reached thanks to the donations fund Ms Talermo set up.

Talermo and her dog, whom she got in New York, moved from the east-coast hub to the west, in Los Angeles, and ultimately moved to San Francisco. Sources quoted Ms Talermo as saying "Those people I've met over the years know my love for this dog, I'm just blown away by everyone's support".