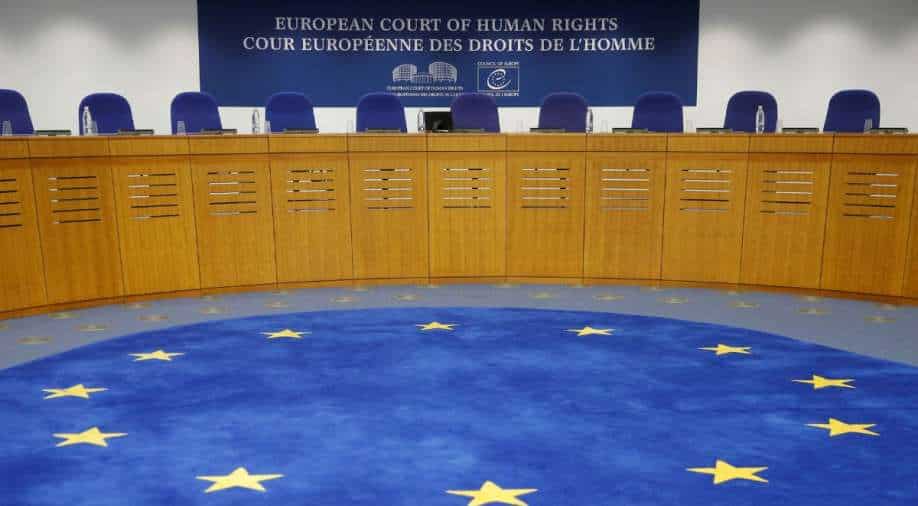 The courtroom of the European Court of Human Rights is seen in Strasbourg, France, September 11, 2019. Photograph:( Reuters )

Britain's Deputy Prime Minister Dominic Raab on Wednesday (June 22) said that the country will remain under the jurisdiction of the European Court of Human Rights (ECHR). His comments came days after the top court blocked the government's move to deport some asylum seekers to Rwanda.

Raab told Sky News that "we are staying in the ECHR." However, he added that it was "legitimate to push back" against ECHR rulings. And also noted that the UK parliament should have the last word on the law of the land.

Despite the claims to remain under the jurisdiction of the ECHR, the UK has unveiled plans to override the European court after Rwanda spat.

On Wednesday (June 22), the UK government said that it will introduce legislation allowing it to ignore certain ECHR decisions.

As reported by news agency AFP, Raab will bring the new Bill of Rights to parliament on Wednesday as the government attempts to implement its Rwanda plan.

Last week, the government's plan to fly asylum-seekers to Rwanda was blocked dramatically as there was a last-minute intervention by European judges. They had grounded the first plane minutes before it was due to depart.

However, the British government said that it's still working on its plan of deporting asylum seekers to Rwanda which sparked fury among Conservatives.

Raab said Wednesday that the bill would assert that the Supreme Court in London is the ultimate arbiter on human rights issues. The law would also mean that interim measures from the court under issued under "rule 39" are not binding on UK courts.

"The UK Supreme Court should be supreme in their legal interpretations," Raab told Sky News.

Raab said that the new bill would instead "strengthen our UK tradition of freedom whilst injecting a healthy dose of common sense into the system".

"These reforms will reinforce freedom of speech, enable us to deport more foreign offenders and better protect the public from dangerous criminals," he said.