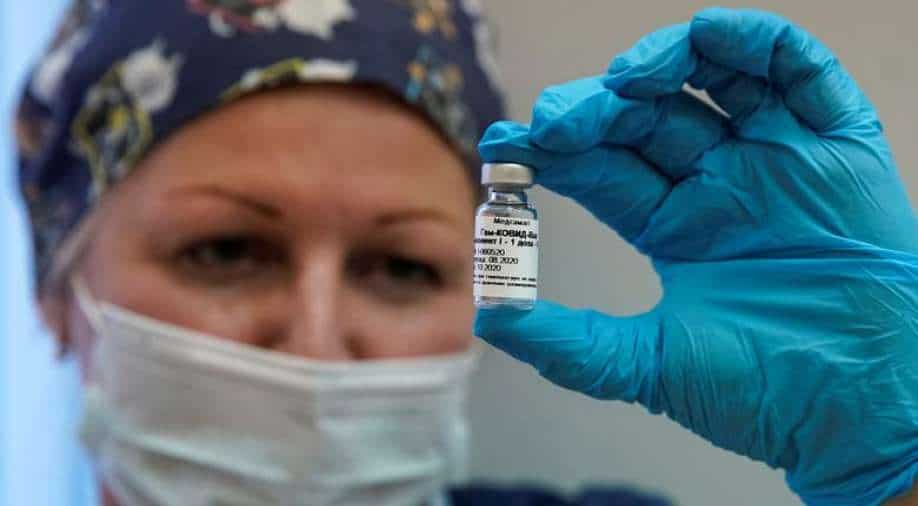 The results suggest Sputnik V is among the top performing vaccines, along with the Pfizer/BioNTech and Moderna jabs that also reported more than 90 per cent efficacy.

Russia's Sputnik V vaccine is 91.6 per cent effective against symptomatic Covid-19, according to results published in The Lancet on Tuesday.

Sputnik V was approved in Russia months before results from its final-stage clinical trials were published, and the country, to this end, launched a mass inoculation campaign for citizens 18 and older. But the new analysis of data from 20,000 participants in Phase 3 trials suggests that the two-dose vaccination offers more than 90 per cent efficacy against symptomatic Covid-19.

The results suggest Sputnik V is among the top performing vaccines, along with the Pfizer/BioNTech and Moderna jabs that also reported more than 90 per cent efficacy.

Sputnik V uses two different disarmed strains of the adenovirus, a virus that causes the common cold, as vectors to deliver the vaccine dose. The vaccine has the advantage of being able to be stored at normal refrigerator temperatures instead of the conditions far below freezing required for some other vaccines.

"The development of the Sputnik V vaccine has been criticised for unseemly haste, corner cutting, and an absence of transparency. But the outcome reported here is clear and the scientific principle of vaccination is demonstrated, which means another vaccine can now join the fight to reduce the incidence of Covid-19," said an independent Lancet commentary by Ian Jones of the University of Reading and Polly Roy of the London School of Hygiene and Tropical Medicine.

The trial involved giving 14,964 participants in the vaccine group and 4,902 in the placebo group two jabs 21 days apart.

Those taking part were tested for Covid-19 at enrolment into the trial, again when they had the second dose and then after that if they reported symptoms.

From the second dose, 16 cases of symptomatic Covid-19 were confirmed in the vaccine group and 62 cases were reported in the placebo group, giving an efficacy equivalent to 91.6 percent. The authors said, however, that efficacy was only calculated on symptomatic cases and said more research would be needed to assess how it affects asymptomatic disease.

The follow-up period was around 48 days from the first dose, so the full period of protection is still unknown. The trial is ongoing and plans to recruit a total of 40,000 people.