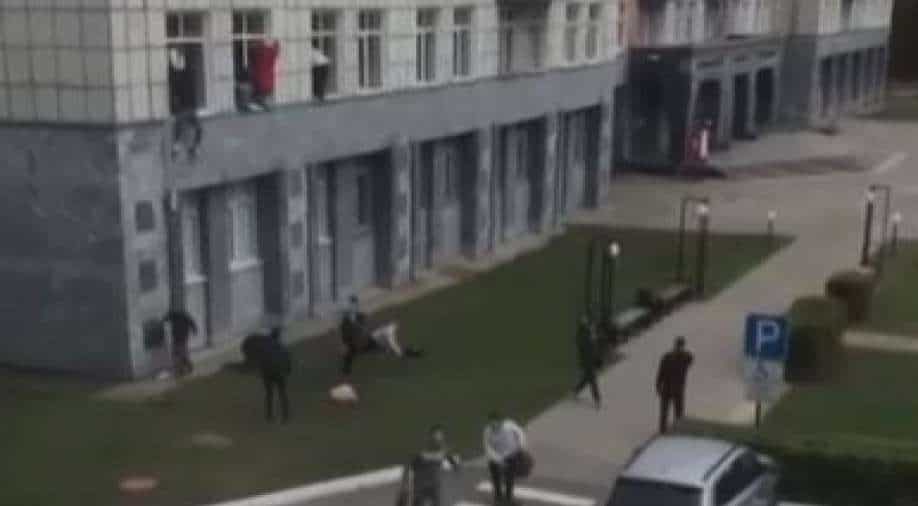 Gunman opened fire in a university in Russia Photograph:( Others )

Reports said the attacker entered the university building and opened fire as students hid in the auditorium.

Reports said at least eight people were killed and six injured during an attack in a Russian university.

The assailant was reportedly a student who began attacking people at a university campus in Perm, reports said.

The motive of the attacker is still unknown. Investigators said the attacker has been detained while adding that eight people were killed and six injured during the Russian campus shooting.

Grim morning in Russia. Eight people have been confirmed dead, with six injured, after a shooting on the campus of a university in Perm, near the Urals.

Reports claimed the attacker entered the university building and opened fire as students hid in the auditorium. Some students jumped off buildings as the gunman went on a shooting rampage.

TASS news agency said the attacker was a student. He was reportedly wounded during the arrest.

Investigators said the suspect's identity is being established.