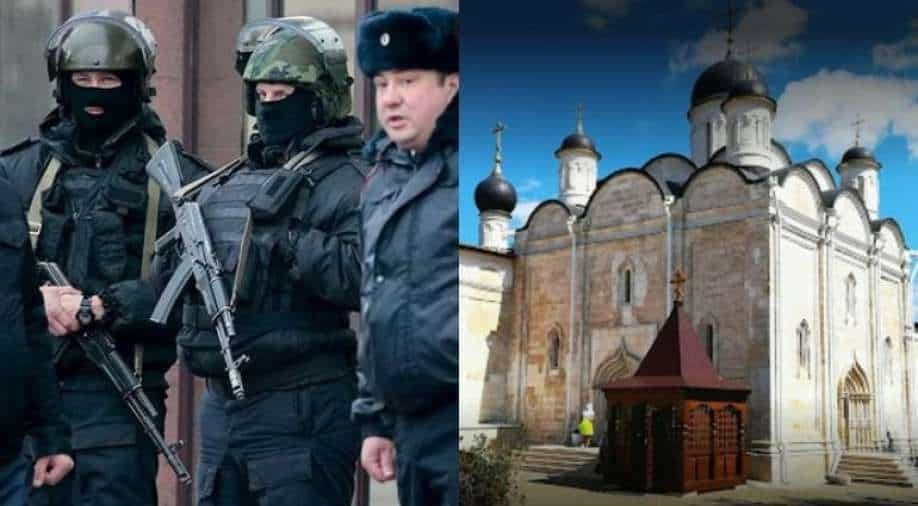 Vladychny Women’s Monastery in the historic city of Serpukhov. Photograph:( Others )

The Interior Ministry's statement did not indicate whether the IED explosion was being considered an act of terrorism.

Russia's Interior Ministry said Monday that a Russian boy "blew himself up" at a women's convent south of Moscow, injuring himself and at least one youngster.

The 18-year-old detonated an improvised explosive device at the Vladychny Women's Monastery in Serpukhov, a historic city fewer than 100 kilometres south of Moscow, at 8:24 a.m. Moscow time, according to the ministry.

The explosive injured the suspect, who was recognised as a former student of the monastery's Orthodox school, according to the ministry.

The suspect died of blood loss, according to the state-run TASS news agency, citing an unnamed source.

According to the Interior Ministry, a 15-year-old teen was also injured.

According to the state-run RIA Novosti news agency, up to seven individuals may have been injured as a result of the explosion.

The Orthodox school's personnel and kids were evacuated by police.

The monastery's Orthodox school has been devastated by the explosion.

Interfax quoted an unnamed source as saying, "The suspect is believed to have been motivated by his hate of school teachers and nuns."

The statement from the Interior Ministry did not say if the IED explosion was considered a terrorist act.