Russian Revolution and my childhood 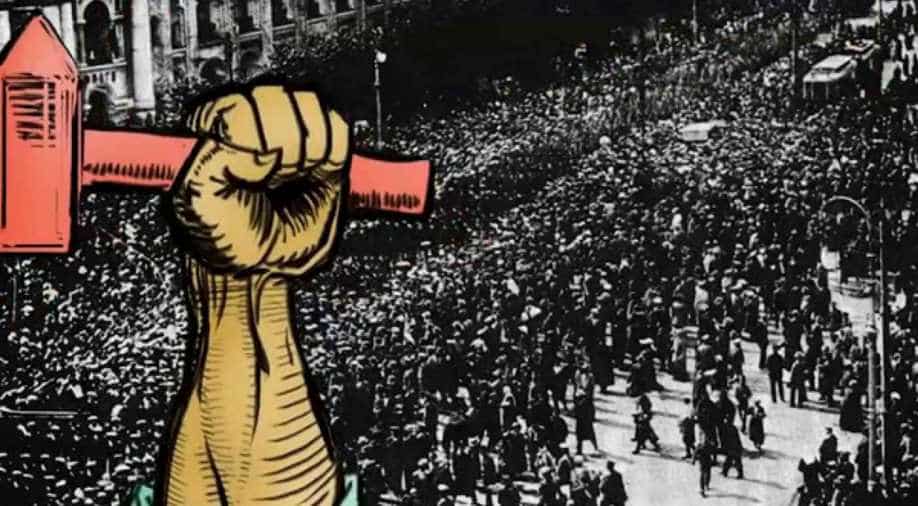 I first got to see some ‘red’ books at my maternal grandmother’s place [in the late seventies], which probably my uncle had collected and read at some point as a young man. Sometimes there were discussions of contemporary politics at home. It is at this stage perhaps, unconsciously, the first few words and ideas of Marxism began to enter me.

Complicated concepts like ‘dialectical materialism’, ‘class consciousness’ etc. were still quite far away. I had also come to know of the Naxalites but was not clear as to what the differences between CPI-M and Naxalites were.

Marxism was less clearly understood by me at this point as a political philosophy and more as the ideology of the political party that my family supported. It was, I understood the most progressive political party of the country and to be progressive meant supporting CPI-M. By the time I was about eight or nine, I came to understand that the hammer and sickle icon meant a party of ordinary folks (sadharon manush) like us and not of the rich (borolok). Complicated concepts like ‘dialectical materialism’, ‘class consciousness’ etc. were still quite far away. I had also come to know of the Naxalites but was not clear as to what the differences between CPI-M and Naxalites were.

By 1980, Cold War had crept into my consciousness. Not through a sound reading of international relations but through the discourse surrounding the Olympic Games which was scheduled to be held in the USSR but the USA had boycotted the Games. We had taken the side of the Soviet Union (in Bengali we preferred to say ‘Raa-she-aa’). We liked to believe that ‘bad’ USA was afraid of losing to ‘good’ USSR.

In 1981, my parents were relieved when I finally managed to pass the entrance exam of a well-known school in South Calcutta, Patha Bhavan. The school was created by a group of educationists affiliated to the Communist Party of India (CPI) and was heavily influenced by the educational philosophy of Rabindranath Tagore.

The most important contribution of my school in my upbringing was that it made me a bibliophile. I enjoyed reading books by the masters of Bengali literature, such as Tagore and also the literature meant for teenagers (Kishore-Sahitya) by authors such as Satyajit Ray, Bimal Kar, Premendra Mitra, Sunil Ganguly, Sirsendu Mukhopadhaya, Saktipada Rajguru and others.

My love for books slowly took me towards becoming a member of the children’s library at the Ramakrishna Mission Institute of Culture in Golpark area of South Calcutta.

There was also the slightly more adult detective fiction of Saradindu Bandyopadhaya. There were also the Bengali translations of Jules Verne by Adrish Bardhan. Slowly, I also began to read books in English starting with Enid Blyton and then moving on Sherlock Holmes and thriller writers such as Alistair McLean. Enid Blyton was the first stepping stone towards English language confidence.

My love for books slowly took me towards becoming a member of the children’s library at the Ramakrishna Mission Institute of Culture in Golpark area of South Calcutta. Here, in the library of a religious institution, I discovered some of the most wonderful books on modern art, scientific discoveries, and illustrated histories of modern Europe that helped to form a modernist mythology inside me. This was a mythology of progress and science as opposed to religion and blind faith.

Reading books was only one part of the story. I also developed a fascination for buying books and writing my name on them. The principal stumbling block in this pursuit was of course money. I used to roam around the second-hand book-stalls near Golpark which used to have a wide range of second-hand books – from Encyclopedias to pornographic magazines.

While I did buy some important books from these stalls such as Carl Sagan’s Cosmos and magazines such as National Geographic, Time and Newsweek, nothing could match the delight of holding a brand new book in one’s hand. The exchange rate vis-à-vis British Pound and US Dollar at that point in time was not as harsh as it is today but still buying a book published by Penguin, for example, was not easy. Fortunately, there was a much more attractive alternative.

The love of these Russian books also took me, like many others, towards books by Marx and Engels, Lenin and Stalin.

The bookstall that I visited the most during this time, on the other side of the second-hand stalls of Golpark, a small shop owned by a certain Tiwari-Ji, used to have a series of beautifully produced but inexpensive hardbound books coming from USSR. The works of masters such as Tolstoy, Gorky, Dostoyevsky, Gogol and others were available in richly illustrated hardbound editions that even I could buy. It was impossible not to get attracted to these books and of course, the writing was mesmerising, to say the least.

The love of these Russian books also took me, like many others, towards books by Marx and Engels, Lenin and Stalin. The big fat volumes of Capital were still a little too intimidating to buy (and read) but the book that acted as the bridge between me and Marxism was a novel named “How the Steel was Tempered” by a relatively unknown writer named Nikolai Ostrovsky. The book was immensely popular at that point in time in Calcutta and also had a Bengali version named “Ispat” or Steel. Its protagonist, a young man named Pavel Korchagin, left a deep impression not only on me but on many young hearts of my age. 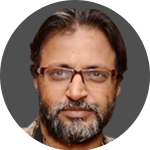 Debraj Bhattacharya is a historian and consultant with Riddhi Foundation, Kolkata. He is the author of the book ?Exploring Marxist Bengal?.

Why would a tourist want to take a trip to space?