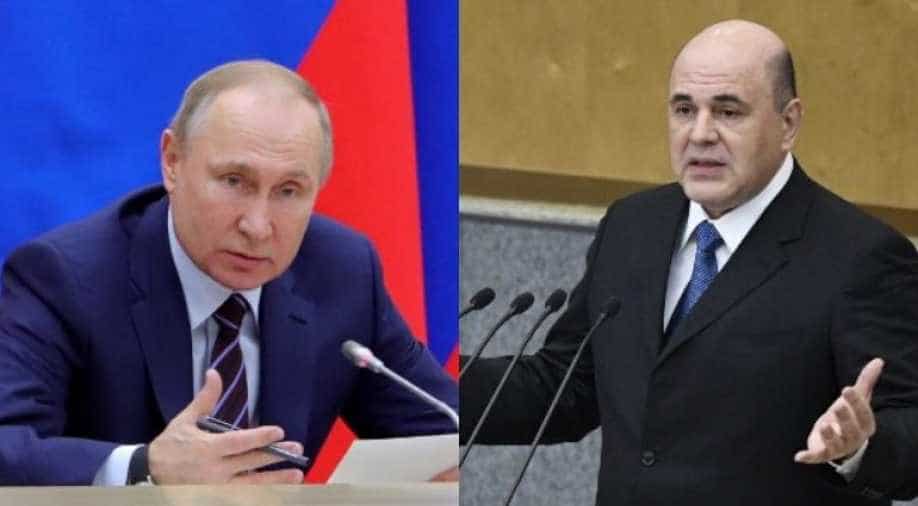 Mikhail Mishustin, President Vladimir Putin's nominee for the post of prime minister, speaks to lawmakers during a session of the State Duma lower parliament in Moscow on January 16, 2020. Photograph:( AFP )

Putin had shocked the nation on Wednesday after abruptly proposing new powers were needed for the Russian Parliament leading to the resignation of now caretaker PM Medvedev.

A day after President Putin named Mikhail Mishustin as the new prime minister of the country, the Parliament members approved his candidacy.

All MPs voted in Mishustin's favour with Communist MPs abstaining.

Mishusti, 53, who is the head of the tax service had said, "People should already now be feeling real changes for the better, so far this is happening far from everywhere."

"To develop further and ensure further growth of GDP we need primarily to stimulate the growth of investment... to restore trust that has perhaps been lost between the authorities and business," he said, adding that he was open "constructive criticism".

Putin had shocked the nation on Wednesday after abruptly proposing new powers were needed for the Russian Parliament leading to the resignation of now caretaker PM Medvedev, who is one of Putin's oldest allies and served as president from 2008 to 2012.

In a speech, Putin said constitutional changes were needed which would give more powers to the country's Parliament allowing the lawmakers to choose the prime minister and cabinet.

Putin is due to step down as president in 2024, according to Russian law, a president cannot serve more than two terms. Putin returned to the presidency in 2012 after a stint as prime minister.

Russia goes to the polls in 2021 with all eyes on Putin's next move.