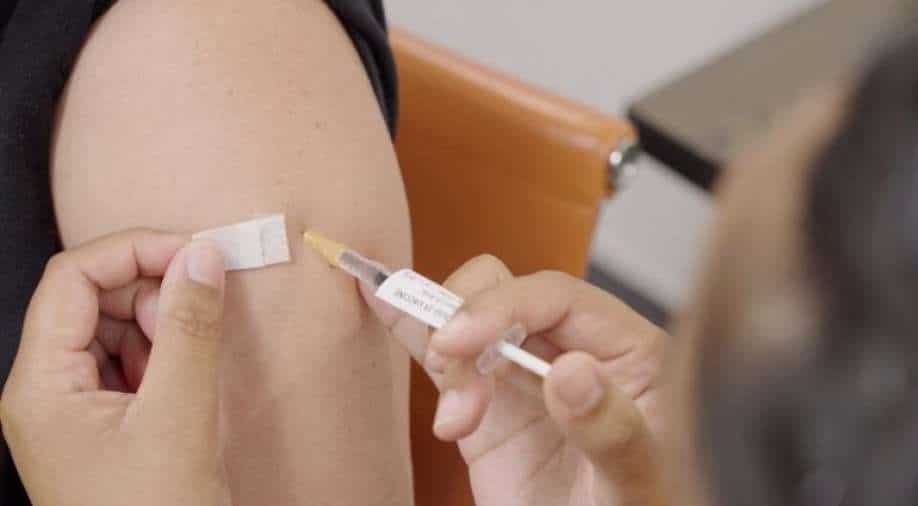 The Pfizer-BioNTech coronavirus disease (COVID-19) vaccine is administered to a vaccinator in Auckland, New Zealand, February 19, 2021 in this still image taken from video Photograph:( Reuters )

According to the report, the false information pertains to the efficacy of the vaccines, while highlighting how the vaccines had been rushed for approvals in the US

The four online publications are Oriental Review, News Front, New Eastern Outlook, and Rebel Inside. The publications have focused on the side effects caused by Pfizer's COVID-19 vaccine, along with jabs made by other major Western companies.

According to the report, the false information pertains to the efficacy of the vaccines, while highlighting how the vaccines had been rushed for approvals in the US.

Even though the sites do not have a large pool of audiences, officials claim that their stories are picked up by international media regularly.

The websites lay bare side effects caused by the vaccines, which have remained consistently rare while failing to provide accurate information about how the vaccines continue to remain safe for most people.

An official for the State Department told the Wall Street Journal that Russian intelligence services bear "direct responsibility" for employing the four platforms to spread "propaganda and lies''.

Russia's state media, with its presence on Twitter, has been trying to improve the public perception surrounding Sputnik V, while discrediting Western vaccines.

In November, Russia claimed that its vaccine had over 90 per cent efficacy. Many still feel that more trials need to be undertaken to ascertain this. Even then, The Lancet - a British medical journal reported that Sputnik V was safe and had 91 per cent efficacy.

Currently, the agency is reviewing the safety and efficacy of the vaccine and has asked national approvals to not be handed out.