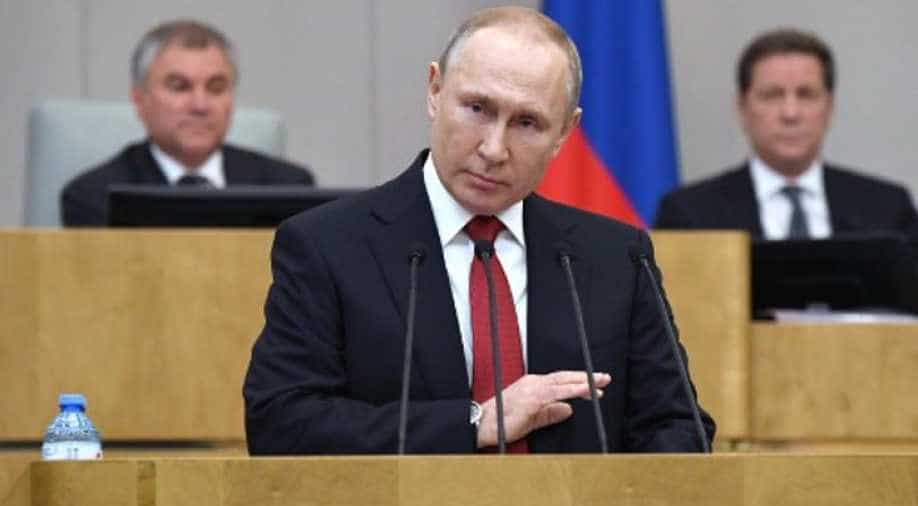 According to reports from Russian state media, the head doctor of the Kommunark hospital in Moscow, Denis Protsenko, met Putin last Tuesday.

A Russian doctor who met with President Vladimir Putin last week has tested positive for the novel coronavirus.

According to reports from Russian state media, the head doctor of the Kommunark hospital in Moscow, Denis Protsenko, met Putin last Tuesday.

Russian news agency TASS reported that Putin was being regularly tested and that “everything is OK.”

Putin had worn a hazmat suit and a respirator while checking in on the patients. But, after the tour, both men interacted without any protective gear.

Russia recently began to enforce stricter restrictions with nearly 40 out of the country's 85 regions under lockdown after the largest single-day rise in Covid-19 cases. It had earlier shut off its border with China.

Putin was even seen shaking hands with the doctor, who is under self-isolation in his office for the time being.

Dr Denis Protsenko wrote Tuesday on Facebook, “Yes, I have tested positive for coronavirus, but I feel pretty good. I’ve isolated myself in my office. I think the immunity I’ve developed this month is doing its job.”

So far, Russia has reported over 2,300 confirmed cases and 17 deaths.