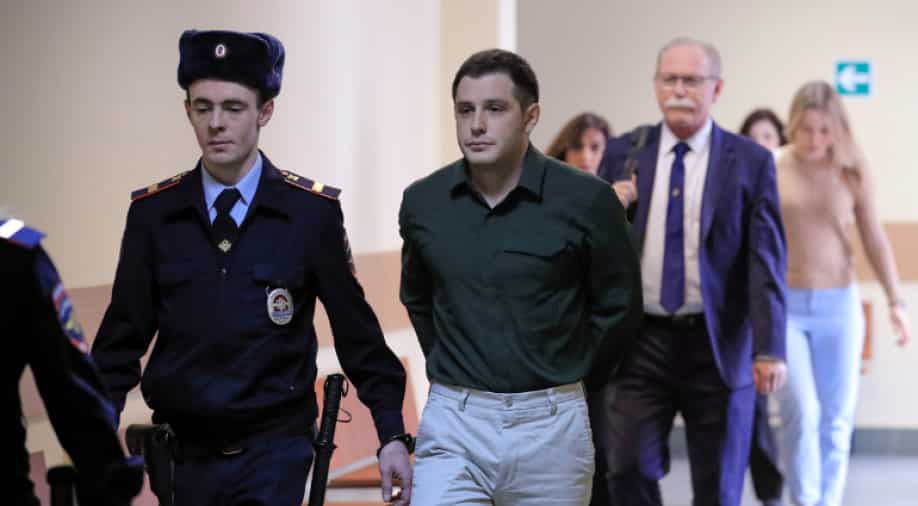 Trevor Reed, who was detained in 2019 and accused of assaulting police officers, is escorted before a court hearing in Moscow Photograph:( Reuters )

According to Russia's foreign ministry spokesperson Maria Zakharova, a former US Marine Trevor Reed, who had been held in a Russian jail, has been swapped for Russian citizen Konstantin Yaroshenko

Russia and the United States swapped prisoners on Wednesday (April 27) after a lengthy negotiation process as per Moscow's foreign ministry.

According to Russia's foreign ministry spokesperson Maria Zakharova, a former US Marine Trevor Reed, who had been held in a Russian jail, has been swapped for Russian citizen Konstantin Yaroshenko.

Previously, an American court had sentenced Yaroshenko to 20 years in prison for smuggling while Reed was jailed in Russia for assaulting two policers.

In July 2020, Reed was sentenced to nine years in prison for swerving the police car in which he was being driven to a Russian police station.

💬 Russian MFA Spokesperson Maria #Zakharova: On April 27, 2022, as a result of a lengthy negotiation process US national Trevor #Reed, convicted in Russia, was exchanged for Konstantin #Yaroshenko, a Russian citizen, who was sentenced by the US court for 20 years in prison. pic.twitter.com/FTfVZrSFec

Welcoming the move US President Joe Biden said, "Today, we welcome home Trevor Reed and celebrate his return to the family that missed him dearly. Trevor, a former US Marine, is free from Russian detention."

Calling the prisoner exchange a ''difficult decision'', Biden added  "His safe return is a testament to the priority my Administration places on bringing home Americans held hostage and wrongfully detained abroad."

Joey and Paula Reed, who are Trevor's parents, had been pressing the Biden administration to help their son.

After Reed's return was confirmed, his parents said "our family has been living a nightmare."

Reed was escorted onto a plane at Moscow's Vnukovo airport by men in military uniform while he was dressed all in black and carrying a large bag as per images released by the Russian state TV.

Ties between Washington and Moscow have deteriorated after Russia invaded Ukraine despite receiving several warnings against it from the US.