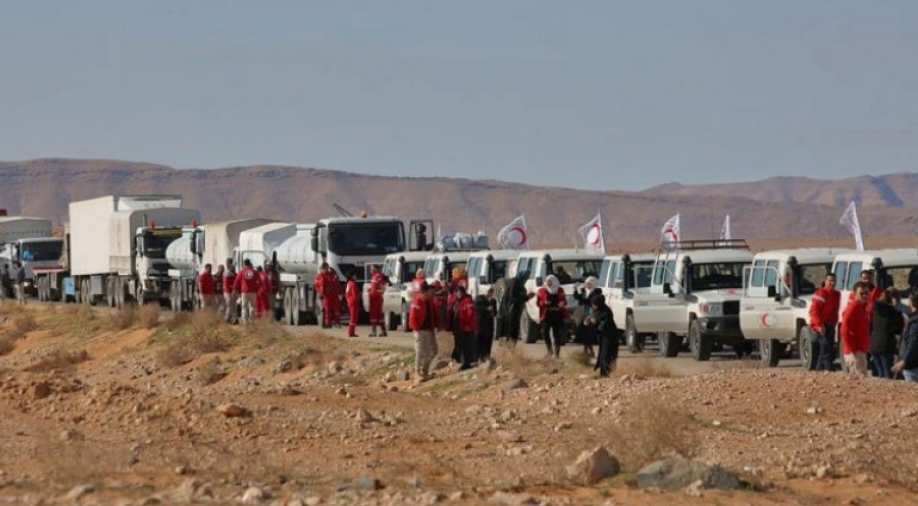 The humanitarian corridor would allow 'Syrian refugees to leave voluntarily, freely and safely for places of residence they choose,' the statement said.

Russia and Syria have said they are going to open two humanitarian corridors to evacuate refugees from a hard-to-reach camp in the desert near the country’s southern border with Jordan, an area that is nominally controlled by the United States, the two countries said in a joint statement published Saturday.

The refugees of the Rukban camp should be able to access the corridors through checkpoints that would be set up in the settlements of Jleighem and Jebel al-Gurab starting February 19, according to the statement issued by the Joint Coordination Committees on repatriation of Syrian refugees of the Russian Federation and the Syrian Arab Republic.

The humanitarian corridor would allow "Syrian refugees to leave voluntarily, freely and safely for places of residence they choose," the statement said.

During its 24-hour operations, the corridors would also permit refugees to receive food, clothes and medical attention, including vaccines, according to the statement.

Syrian security forces are set to guarantee the safety of the evacuated refugees in cooperation with detachments of the Russian Army military police.

The statement accused the US of illegally occupying 55 kilometers (34 miles) adjacent to the US-led international coalition's base of Al-Tanf in southeast Syria, as well as blocking the humanitarian aid distribution.

The arrival of the first humanitarian convoy belonging to the United Nations and the Syrian Arab Red Crescent to the camp on Feb. 6 was a provisional measure, according to the statement.

However, it denounced that large part of the first convoy aid did not reach its destination, adding that it ended up in hands of armed groups backed by the US.

The situation in the camp, the statement condemned, continues to deteriorate due to a lack of water and basic services, as well as prostitution and sexual abuse of minors.

The statement urged the UN to take part in the humanitarian operation and press the US "to show goodwill in the interests of the suffering people of Syria."

Russia has previously denounced that over 6,000 of the Syria rebel group of Jaysh Maghawir al-Thawra (which means Revolutionary Commando Army), "controlled by the US" are infiltrated among 50,000 refugees who live at the camp of Rukban and held them hostages.

Jordan blocks entry to the camp through its territory since 2016 in the wake of an attack that the Islamic State terror group claimed and killed seven Jordanian soldiers.

Humanitarian organisations denounced the tough living conditions at the camp, adding that they barely had access to the camp due to a Jordanian army ban.