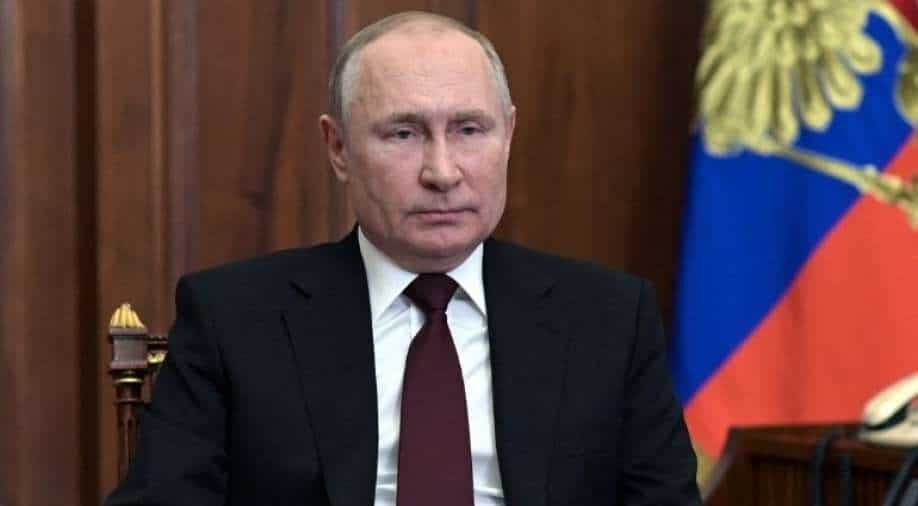 North Atlantic Treaty Organisation (NATO) Secretary-General Jens Stoltenberg decried Putin's decision as being an "irresponsible" one. The US indicated its displeasure too. It said this escalation was "totally unacceptable"

Russian President Vladimir Putin on Sunday decided to put his nuclear forces on alert. This decision was panned by the Western countries.

"This is dangerous rhetoric. This is a behavior which is irresponsible," the alliance's secretary-general Jens Stoltenberg told CNN amid heightened tensions over the Russian invasion of Ukraine.

"And, of course, if you combine this rhetoric with what they're doing on the ground in Ukraine, waging war against the independent sovereign nation, conducting a full-fledged invasion of Ukraine, this adds to the seriousness of the situation,” he added.

The US indicated its displeasure too. It said this escalation was "totally unacceptable".

"This is a pattern that we've seen from President Putin through the course of this conflict, which is manufacturing threats that don't exist in order to justify further aggression," White House press secretary Jen Psaki said on ABC when asked about the announcement from Moscow.

The American ambassador to the United Nations, Linda Thomas-Greenfield, said she condemned Putin's step in the strongest terms.

"It means that President Putin is continuing to escalate this war in a manner that is totally unacceptable," Thomas-Greenfield said in an interview on CBS.

Moscow has the world's second-largest arsenal of nuclear weapons and a huge cache of ballistic missiles which form the backbone of the country's deterrence forces.

Putin said he was putting Russia's nuclear forces on high alert because, he said, Western countries are taking "unfriendly" steps against his country.

The US and its allies have unleashed sweeping and punishing economic sanctions against Russia because of its invasion of Ukraine.