Russia: Helicopter with 16 on board crashes in Far East 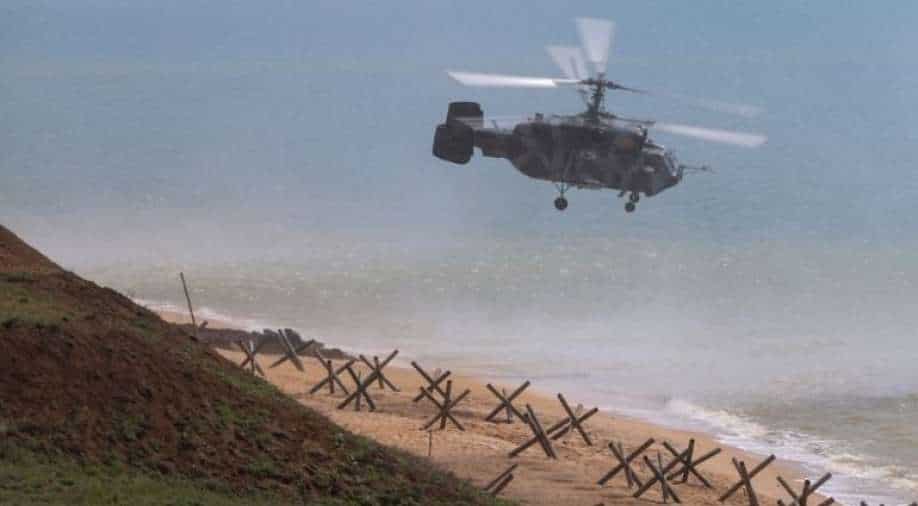 This handout picture released by the Russian Defence Ministry on April 22, 2021 shows a Russian military Kamov Ka-29 helicopter taking part in a military drill along the Opuk training ground not far from the town of Kerch, on the Kerch Peninsula in the ea Photograph:( AFP )

The Vityaz-Aero helicopter was transporting the tourists to Khodutka, a volcano near the city of Petropavlovsk-Kamchatsky

A helicopter with 16 people on board, most of them tourists, crashed in the Kamchatka peninsula in Russia's far east on Thursday, the local government said, with seven of them unaccounted for.

The Mi-8 helicopter operated by Vityaz-Aero company with 13 passengers and three crew hard-landed near a lake on the south of Kamchatka peninsula, the local emergency service said.

The helicopter was carrying tourists from Moscow and St Petersburg, state news agency RIA reported, citing a source at the emergency service. RIA said the helicopter fell into the lake.

An investigation has been opened for violation of air safety rules, said the Russian Investigation Committee, which handles air accident probes.

The Vityaz-Aero helicopter was transporting the tourists to Khodutka, a volcano near the city of Petropavlovsk-Kamchatsky.

Kamchatka is a large territory with few inhabitants but is visited by tourists for its volcanoes and scenery.

In early July, an aircraft from a small local company crashed in the peninsula, killing 19 people.

Russia historically had a poor air safety record but has significantly improved its aviation standards since the 2000s.

The country's major airlines have shifted from ageing Soviet aircraft to more modern planes. But maintenance issues and lax compliance with safety rules have remained a problem.