Russia calls for calm on 'all sides' in Libya conflict 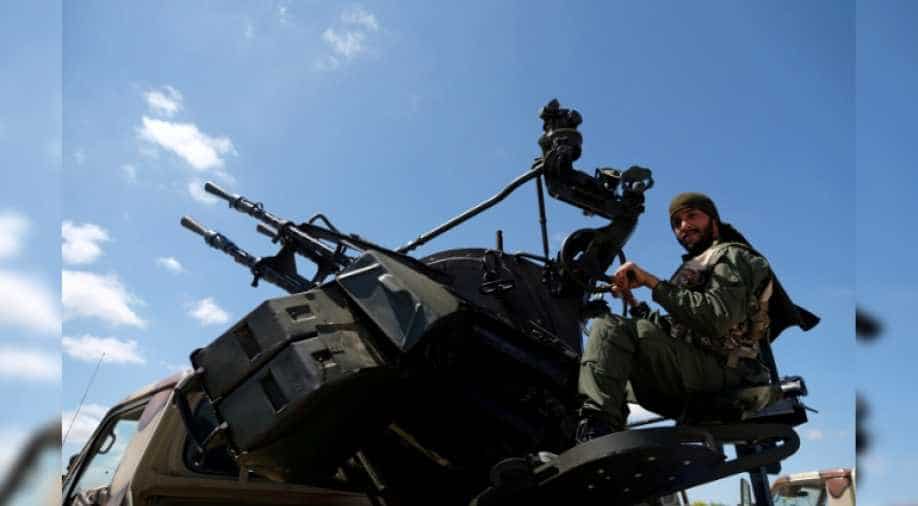 File Photo: A member of the Libyan National Army is seen as he heads out of Benghazi to reinforce the troops advancing on Tripoli, in Benghazi, Libya on April 7, 2019. Photograph:( Reuters )

The clashes started on Sunday near Tripoli between pro-Haftar fighters and troops loyal to the internationally recognised Government of National Accord (GNA).

Russia called for calm on all sides in the Libya conflict after 32 people were killed in fighting with strongman Khalifa Haftar's troops near Tripoli.

Kremlin spokesman Dmitry Peskov said Moscow was calling "on all sides to reject actions that could provoke bloodshed in battle and the deaths of civilians".

Russia's deputy foreign minister Mikhail Bogdanov said Moscow was in contact with all sides in the conflict.

"We talk with everyone: with the west, the east and the south," Bogdanov told news agency RIA Novosti. "We call on everyone for a political solution."

The clashes started on Sunday near Tripoli between pro-Haftar fighters and troops loyal to the internationally recognised Government of National Accord (GNA).

The clashes came despite calls by the United Nations and the United States for an urgent ceasefire.

Libya has been riven by divisions since the NATO-backed uprising in 2011 that killed dictator Moamer Kadhafi, with rival administrations and armed groups vying for power and control of the country's oil.