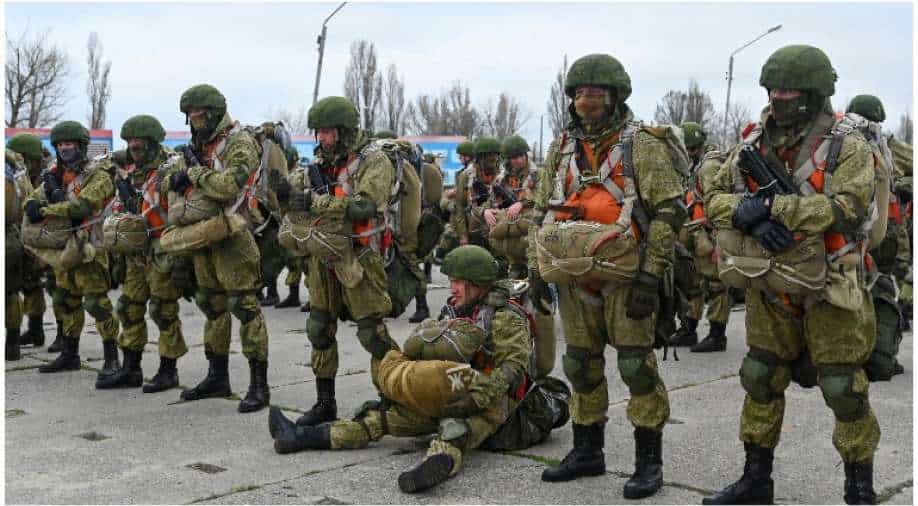 Both NATO and Kiev welcomed Russia's announcement of the drawdown, with Ukrainian President Volodymyr Zelensky saying "the reduction of troops on our border proportionally reduces tension"

Russia on Friday began the drawdown of troops that were running drills near Ukraine borders, said the Russian defence ministry. This is likely to calm heightened tensions between Russia and the West over Moscow's troop buildup on Russia-Ukraine border.

"Military units and formations are currently marching to railway loading stations and airfields, and loading onto landing ships, railway platforms and military transport aircraft," the ministry said in a statement carried by Russian news agencies.

Russian Defence Minister Sergei Shoigu said on Thursday that tens of thousands of Russian troops deployed to southern and western Russia for exercise would be returning to their bases.

Both NATO and Kiev welcomed Russia's announcement of the drawdown, with Ukrainian President Volodymyr Zelensky saying "the reduction of troops on our border proportionally reduces tension".

A NATO official said any "de-escalation by Russia" would be important, adding: "NATO remains vigilant and we will continue to closely monitor Russia's unjustified military buildup in and around Ukraine."

The United States had said it was "looking for action" on the troop withdrawal.

Hours after the end to the exercises was announced, Russian President Vladimir Putin said Zelensky was welcome in Moscow anytime to discuss bilateral relations, but that the Ukrainian leader should discuss the surge in fighting with separatist leaders.

Russia said it had sent tens of thousands of troops to the country's south and west and to Crimea, which Moscow annexed from Ukraine in 2014, for a series of military drills.

It also ramped up military exercises in the Black Sea earlier this week, with more than 20 Russian warships participating in joint drills with air force fighter jets.