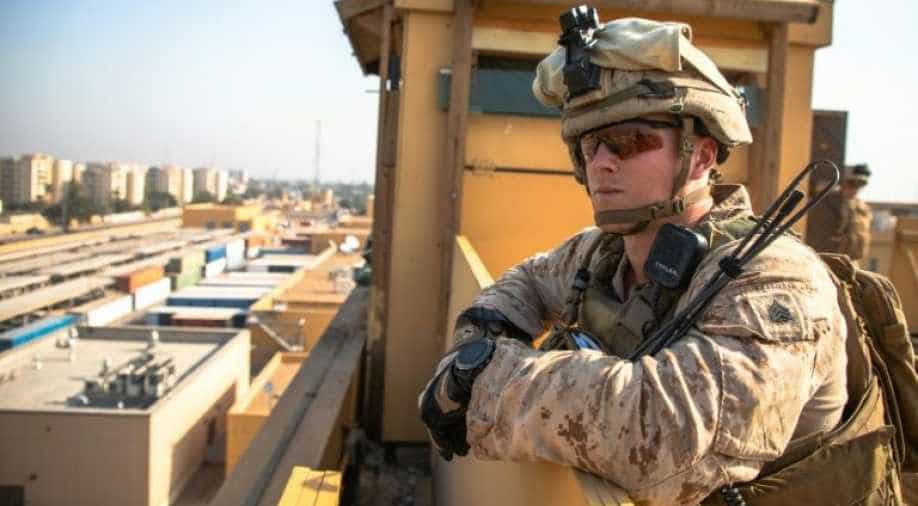 No immediate claim of responsibility for the attack was received. No casualties or property damage has been reported

Just three days ahead of a strategic dialogue with US, two rockets hit near an Iraqi airbase that hosts US soldiers. The base is located north of Baghdad.

No immediate claim of responsibility for the attack was received. No casualties or property damage has been reported.

Sunday's was the 14th attack against American interests -- including troops, the Baghdad embassy or Iraqi supply convoys to foreign forces -- since US President Joe Biden took office in January.

Two Americans and an Iraqi civilian have been killed in the attacks.

An Iraqi civilian working for a firm maintaining US fighter jets for the Iraqi airforce was also wounded in one attack.

Such operations are claimed by obscure groups experts say are smokescreens for Iranian-backed organisations long present in Iraq.

Qais al-Khazali, a senior pro-Iran figure in the state-sponsored Hashed al-Shaabi paramilitary force, recently declared that the "resistance" was carrying out attacks and would step them up "unless the US withdraws all its combat forces from across Iraq".

The latest attack came as Washington prepares to launch a strategic dialogue with the government of Prime Minister Mustafa al-Kadhemi, who has regularly received threats from pro-Iran factions.

Kadhemi faces the delicate task of balancing the interests of neighbouring Iran and the US, arch-rivals who are both deeply involved in Iraqi politics.