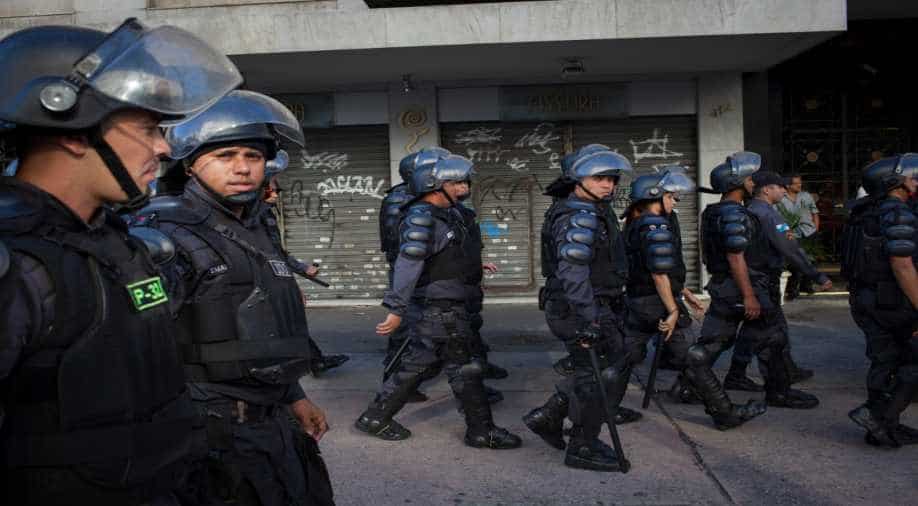 Follow Us
Police in Rio de Janeiro state, which hosts next month's Olympics, killed at least 645 people in the last year and 8,000 over the decade, a rights group said today.

The grisly toll includes dozens of execution-style killings in addition to the lethal violence used during standard police work in the state, the report from Human Rights Watch said.

The international rights group identified 64 cases in the last eight years in which Rio police allegedly tried to cover up extrajudicial killings of 116 people, including at least 24 minors.

"Killing criminals was a requirement from my superiors as a way of showing that we were performing well," one of 30 police officers interviewed for Human Rights Watch's study alleged.

The officer, who like all the others spoke on condition of anonymity for fear of  reprisals, said he had been stationed in one of Rio's most dangerous neighborhoods where he took part in operations against heavily armed drug traffickers. The strategy was to kill them as a way to reduce crime, he said.

The officer, who is still on the force, was quoted as saying that some police would capture suspected drug traffickers and kill them, sometimes to gain status as killers and to boost their own extortion rackets.

The pressure to play along makes honest policing difficult in Rio, according to the report, titled 'Good cops are afraid:' The toll of unchecked police violence in Rio de Janeiro."

"Illegal executions by police colleagues turn an already dangerous job into something even more dangerous" and stokes anger against the authorities, the report said.

However, he said that his office had only taken on "a very small number" of cases involving murder by police.

Vieira accused the Civil Police, which investigates homicides, of not fulfilling its task, but Human Rights Watch says the ultimate responsibility lies with prosecutors and that they should be pursuing the culprits.

Only eight of the 64 cases investigated by Human Rights Watch have gone to trial and only four of those resulted in prison terms for police.