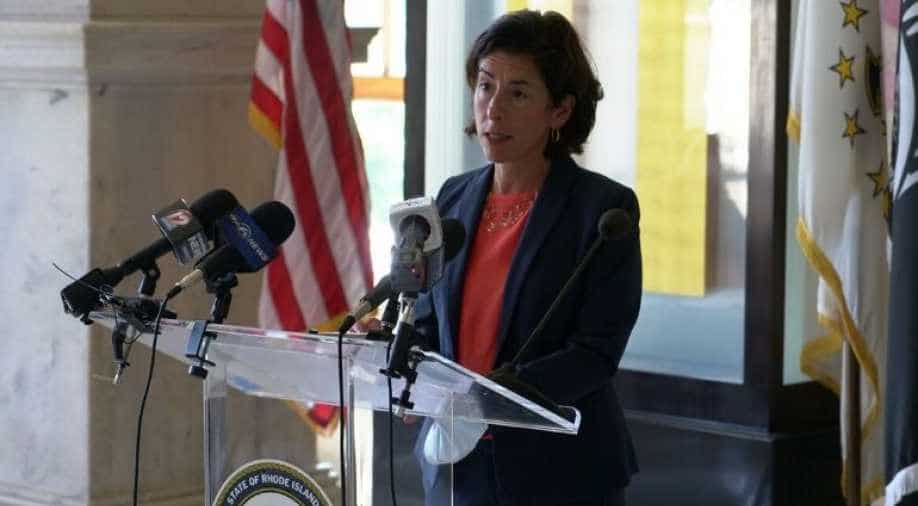 According to the state papers, the state's name is 'The State of Rhode Island and Providence Plantations' but the new order would shorten it to 'Rhode Island'.

The Governor of Rhode Island, Gina Raimondo has signed an executive order to change the official name of the state as it has links to American slavery.

According to the state papers, the state's name is 'The State of Rhode Island and Providence Plantations' but the new order would shorten it to 'Rhode Island'.

“The pain that this association causes to some of our residents should be of concern to all Rhode Islanders and we should do everything in our power to ensure that all communities can take pride in our state,” the governor wrote.

Rhode Island was founded on the principles of acceptance and tolerance, and our state’s name – and actions – should reflect those values.

The Democrat governor has said that the name will take effect as soon as it is 'practicable'. The executive order will apply to all state government communications, including agency websites and correspondence.

The steps I am announcing today are just the beginning, and I am fully committed to continuing to work alongside the community in stamping out individual and institutional racism in our state.

Many states have put similar efforts to remove 'plantations' from the name. The state's senate will also introduce a referendum for residents to vote on the change in the November general election. In 2010, such referendum was opposed by 75 per cent of voters, as per Providence Journal.

Harold Metts, Rhode Island’s only Black state senator, introduced the 2020 bill. He said: “Whatever the meaning of the term ‘plantations’ in the context of Rhode Island’s history, it carries a horrific connotation when considering the [country’s] tragic and racist history.”

In the United States, the word 'plantation' was associated with the institution of chattel slavery. However, the brutal chattel slavery has origins in Spain, but the plantation slavery was British.