Restoration of ties with Turkey to have positive implications on Israel's economy: Netanyahu 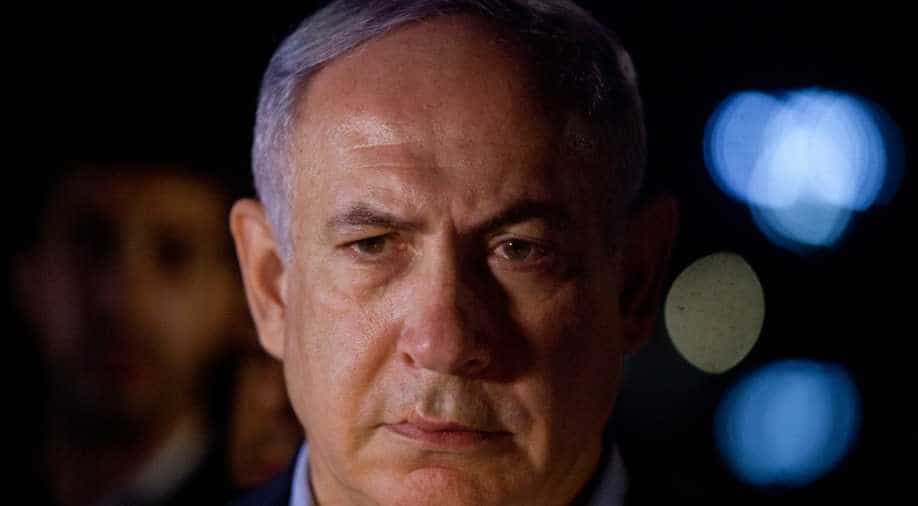 Netanyahu, speaking after meeting US Secretary of State John Kerry in Rome, said the agreement would have major implications for the Israeli economy, with his country seeking export partners for its natural gas.  "I think it's an important step here to normalise relations," Netanyahu told reporters.

He described it as having "immense implications for the Israeli economy, and I use that word advisedly".

Kerry also hailed the deal as a "positive step".

'The deal represents a diplomatic victory for Turkey'
Netanyahu and Turkish Prime Minister Binali Yildirim were scheduled to hold separate press conferences in Rome and Ankara on the deal at 1000 GMT.

A senior Turkish official also confirmed the agreement, saying in a reference to the Israeli raid that it "represents a diplomatic victory for Turkey, which assumed a principled and determined stance after the Mavi Marmara attack."

Erdogan also met with Doha-based Hamas leader Khaled Meshaal on Friday in anticipation of the agreement.

The United States has also pushed for the two countries to resolve the dispute as it seeks cooperation in the fight against extremists from the Islamic State group.

Previously close relations between Israel and Turkey were significantly downgraded after Israeli commandos staged a botched pre-dawn raid on the six-ship flotilla in May 2010 as it tried to run the blockade on the Gaza Strip.

Nine activists aboard the Turkish-owned Mavi Marmara ferry were killed, with a 10th person later dying of his wounds. All of those killed were Turkish nationals.


Deal evokes mixed responses in Israel
Within Israel, the deal was given a mixed response, with one newspaper quoting a soldier from the Mavi Marmara raid as saying "it's nothing less than spitting in our face."

The deal includes Israel paying some $20 million into a fund for compensation for the Turkish victims' families. "We were sent to stop a terrorist flotilla. That was the mission," Maariv quoted the anonymous soldier as saying.

"How is it possible today to pay compensation to terrorists who tried to murder us on board the ship? What message does that send to the rest of the troops?" The deal is to result in the restoration of ambassadors, an Israeli official said on condition of anonymity.

The talking point: Hamas and Gaza
Two of Turkey's key conditions for normalisation –  an apology and compensation – were largely met earlier, leaving its third demand, that Israel lift its blockade on the Hamas-run Gaza Strip, the main obstacle.Reports in recent days described a compromise on the issue.

Under the reported terms of the deal, Israel will allow the completion of a much-needed hospital in Gaza, as well as the construction of a new power station and a desalination plant for drinking water.

Turkey's aid to Gaza would also be channelled through the Israeli port of Ashdod rather than sending it directly to the Palestinian enclave, the reports said.

Turkey has also committed to keeping Islamist movement Hamas, which runs the Gaza Strip, from carrying out activities against Israel from its country, Israeli newspaper Haaretz reported Sunday.

Hamas would continue to be able to operate from Turkey for diplomatic purposes, the paper said.

Netanyahu has also come under pressure within Israel not to agree to the deal if it does not include provisions for Hamas to hand over four missing Israelis, including the remains of two soldiers presumed dead and two civilians believed held alive by Hamas in Gaza.