Restitution of African art from France: 'We need this memory' 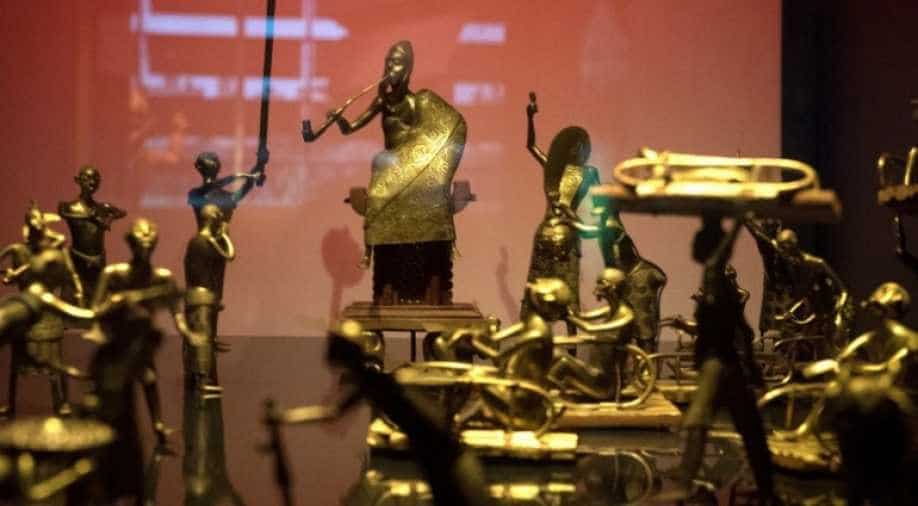 The French presidency announced on Friday night that it was restoring 'without delay' 26 works plundered by the French army in 1892 and claimed by the authorities in Benin.

The debate over the restitution of thousands of African cultural artefacts from France has become heated, but in West Africa conservators prefer to call it "collaboration" and are preparing for their return.

The French presidency announced on Friday night that it was restoring "without delay" 26 works plundered by the French army in 1892 and claimed by the authorities in Benin.

The recommendations come with the delivery of a non-binding report that proposes a change in legislation and urges the return of museum artefacts to Africa from France.

Alain Godonou, a Beninese conservator responsible for heritage at the new national agency for tourism promotion in Benin, has been working on this issue for more than 30 years and says now is the time for reflection.

The small West African country of Benin, formerly Dahomey, was home to the kingdom of Abomey (1600-1894) and priceless wealth.

But instead of sitting in the capital of Porto-Novo, the throne of King Glele from 1858 is one of the centrepieces of the 70,000 African objects kept at the Musée du quai Branly-Jacques Chirac in Paris.

"It's a relief but it's only the beginning. There is still so much to be done so that our youth can access this heritage that will make them proud."

"We don't want them to have our objects just for the sake of it," Godonou continues.

"The cultural education of African youth is important and these objects will help to root them."

This includes a rehabilitation of museums. For years, Europeans have justified keeping the treasured artefacts by arguing that African countries didn't have the facilities to take care of their cultural heritage.

Beninese President Patrice Talon, whose goal is to make tourism one of the pillars of the national economy, has approved the sites for five museums that will open in 2020 to honour the kings of Abomey and the Amazons, the all-female military regiment in Dahomey.

The country's minister of foreign affairs Aurelien Agbenonci told AFP on Saturday the government is "delighted" with the decision, which he said was "an invitation to get to work quickly."

Ousmane Aledji, in charge of heritage for the Benin presidency, welcomed the "new form of cultural exchange" with France.

"We're not for a violent claim, but we want to put in place measures for progressive restitution," he says.

His sentiment was echoed in Abidjan, where the director of the museum of civilisation of Ivory Coast Silvie Memel Kassi said "it's not a bad thing in itself that they were preserved and indexed in France."

The national museum of Abidjan was renovated last year, but a larger museum is sill in the works.

In this case, said Kassi, "we could start talking about a definitive restitution."

She added that "the important thing is to work together, we want to have access to these objects, we need this memory, these objects are a memory."

In Dakar, the museum of black civilisation, whose inauguration is scheduled for December 6, will be ready one day to house the objects, pledges Kassi.

"We have operational reserves that can accommodate such objects," said the Senegalese museum director Hamady Bocoum, stressing the works may not necessarily end up in museums and could go back to communities who may "decide to put them in the altars of the ancestors."

"These works came from our ancestors," said Taho Toubo, a traditional leader from Ivory Coast.

"I pray for the ancestors that their pieces are returned."