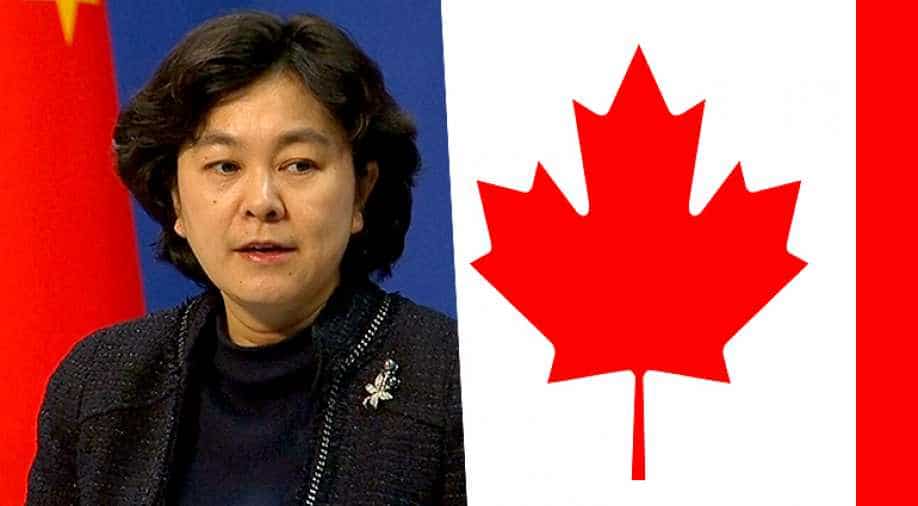 China had criticised Britain and the European Union accusing it of "double standards" for not mentioning Meng Wanzhou's arrest in Vancouver.

China declared today it was "resolutely" opposed to Canada demanding release of two detained citizens as relations between the two countries continued to decline.

"The Chinese side expressed strong dissatisfaction and resolute opposition to the statements made by Canada and the US," Chinese foreign ministry spokeswoman Hua Chunying said.

China had said that Michael Spavor, who worked with the North Korean government was being held for suspicious activities which harmed China's security.

Earlier, China had criticised Britain and the European Union accusing it of "double standards" for not mentioning a senior Chinese executive, Meng Wanzhou's arrest in Vancouver, Canada.

China had said that Canada must release Chinese citizen, Meng Wanzhou, held "illegally" in the country. Meng was arrested after Washington insisted that Huawei was trading with Iran despite US sanctions.

Chinese foreign ministry spokesperson Lu had said Meng's arrest was a "mistaken action". He urged Canada to immediately release her although the Huawei CFO was released after being arrested but her bail was "conditional" with the Canadian judge barring her from leaving the country.

Canadian foreign minister Chrystia Freeland, on the other hand, had said last week that Meng's extradition process should not be politicised after US President Trump said he would intervene in the case.

If the Canadian judge rules in favour of the US extradition request, Canada's justice minister must next decide whether to extradite Meng to the United States.