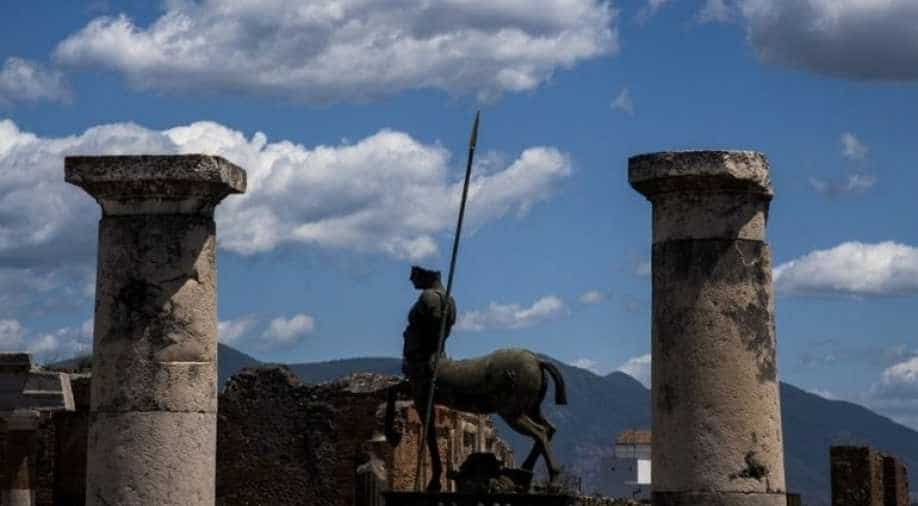 A view shows the archeological site of Pompeii  Photograph:( AFP )

Turns out, it was not the lava that killed people, but the combination of harmful gases and ashes that suffocated them

The ancient city of Pompeii was decimated in 79 AD. Now, a new study suggests that the gases and ash released by Mount Vesuvius took only about 15 minutes to kill all citizens of the city. At least 2,000 people perished in the aftermath of volcanic eruption at Mount Vesuvius.

Turns out, it was not the lava that killed people. It was the combination of harmful gases and ashes that suffocated the inhabitants. Later, they were covered by ash, due to which their physical manifestation remained preserved even a millennia later.

Undertaken by researchers at the Department of Earth and Geo-environmental Science at the University of Bari, National Institute of Geophysics and Volcanology (INGV), and the British Geological Survey, the study revealed the duration of what is called “pyroclastic flow” - a dense quickly moving solidified manifestation of lava pieces, ash, and gases that killed the 2,000 people.

They found that the cloud ran a temperature of over 100 degrees. Pompeii is roughly 10 kilometres (6 miles) from Vesuvius and scientists attempted to understand how fast the particles travelled.

Most people died wherever they were - many in their beds, while others in city squares and streets. The study posits that the the toxic flumes reached the city in 10-20 minutes after the eruption.

The ruins of Pompeii is Italy’s most famous archaeological site, after the Colosseum in Rome. People of the city were used to earthquakes, and probably did not fathom the intensity of the eruption, which swept the entire city at once.