Researchers to test dogs' ability to sniff out coronavirus 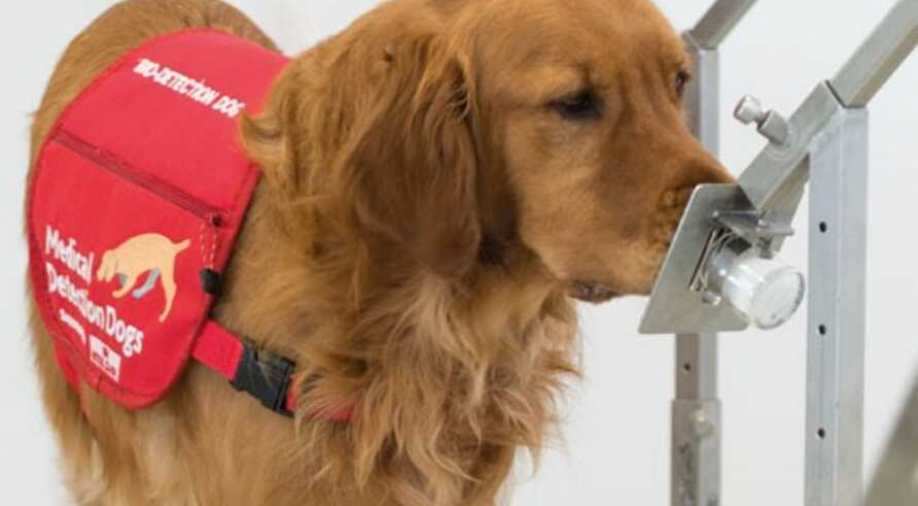 Six dogs -- labradors and cocker spaniels -- will be given samples of the odour of COVID-19 patients from London hospitals, and taught to distinguish their smell from that of people who are not infected.

Dogs’ ability to sniff out whether people are infected with coronavirus will be put to the test by British researchers, in a bid to develop a fast, non-invasive means of detecting the disease.

Britain’s government said on Saturday it had given 500,000 pounds ($606,000) towards the research, which will be conducted by the London School of Hygiene and Tropical Medicine, Durham University and a British charity, Medical Detection Dogs.

Six dogs -- labradors and cocker spaniels -- will be given samples of the odour of COVID-19 patients from London hospitals, and taught to distinguish their smell from that of people who are not infected.

If successful, an individual dog could check up to 250 people an hour and be used in public spaces and at airports.

Researchers in the United States and France are attempting to train dogs to detect the disease too.

"In the dog's nose, there is an incredible tool for detecting molecules. If you compare it to human sight, you're able to see something 500 metres away, but for the dog, it'll be at 300 kilometres. That's simply the difference between the sense of smell between humans and dogs," Dominique Grandjean, veterinary professor at Alfort National Veterinary School and veterinary colonel for the Paris fire brigade said.

A small number of dogs are also known to have contracted COVID-19, most likely from their owners, according to vets in the United States, the Netherlands and Hong Kong.

"The next stage will be to verify the dog's capacity. We'll have to look at what the operational approach can be. We're not going to ask the dog to compare swabs. We'll ask it to tell us if a swab or a person is positive or negative," Grandjean added.