Republicans to make case for Trump after Democrats endorse Biden 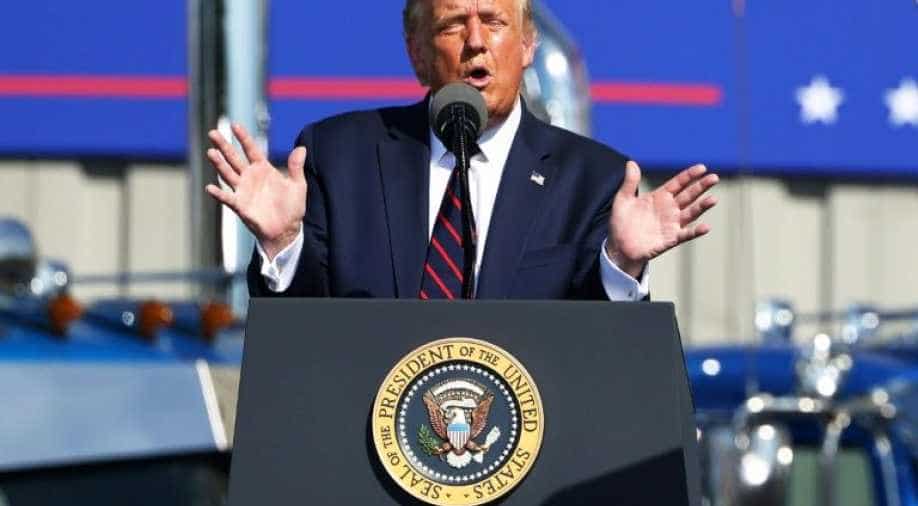 The Republican convention begins in North Carolina on Monday, and like the Democratic event it is going to be mostly online because of the COVID-19 outbreak.

The Republican Party is to make its case next week for four more years of President Donald Trump after his Democratic opponent Joe Biden wrapped up his party's convention with a vow to end what he called a "chapter of American darkness."

Accepting the Democratic nomination, the 77-year-old Biden said the United States was facing a "life-changing election" in November.

"The current president has cloaked America in darkness for much too long. Too much anger. Too much fear. Too much division," the former vice president said in his acceptance speech in his hometown of Wilmington, Delaware.

"May history be able to say that the end of this chapter of American darkness began here tonight as love and hope and light joined in the battle for the soul of the nation," he said.

The 74-year-old Trump fired back on Friday, accusing Democrats of holding the "darkest, angriest and gloomiest convention in American history."

Vice President Mike Pence also took aim at the four-day Democratic convention which was rife with attacks on Trump's character and his handling of the coronavirus pandemic which has left more than 174,000 people dead in the United States.

"I found not just those words by Joe Biden last night, but so many of the speeches at the Democratic national convention were so negative," Pence said on "CBS This Morning." "They presented such a grim vision for America."

"The economy is coming back," the vice president said. "The only real threat to our economy is a Joe Biden presidency."

'WE MUST COME TOGETHER'

The Republican convention begins in North Carolina on Monday, and like the Democratic event it is going to be mostly online because of the COVID-19 outbreak.

Pence is to address the convention on Wednesday and Trump is going to accept the Republican nomination in a speech at the White House on Thursday, shrugging off criticism over the use of the presidential residence for campaign purposes.

"In 47 years, Joe did none of the things of which he now speaks. He will never change, just words!" Trump said, alluding to Biden's long record in politics as a senator from Delaware and Barack Obama's vice president for eight years.

Unlike four years ago, when Hillary Clinton emerged as the Democratic nominee after a bitter primary battle with Vermont Senator Bernie Sanders, the Democrats appear more united this time around.

Sanders, who also challenged Biden for the nomination and remains the favorite of the progressive wing of the party, has unabashedly thrown his support behind the nominee this time.

"We must come together, defeat Donald Trump and elect Joe Biden and Kamala Harris as our next president and vice president," Sanders said. "My friends, the price of failure is just too great to imagine."

Also making the case for Biden at the party convention were three former presidents -- Jimmy Carter, Bill Clinton and Obama -- along with a host of Democratic luminaries and Republicans such as former secretary of state Colin Powell who are disenchanted with Trump.

Biden's White House run -- his third -- features a historic first with his choice of a black woman, California Senator Harris, to be his running mate.

The latest RealClearPolitics average of national polls has Biden with a 7.4 point advantage over Trump and slight leads in several of the battleground states which are a key to victory in the Electoral College.