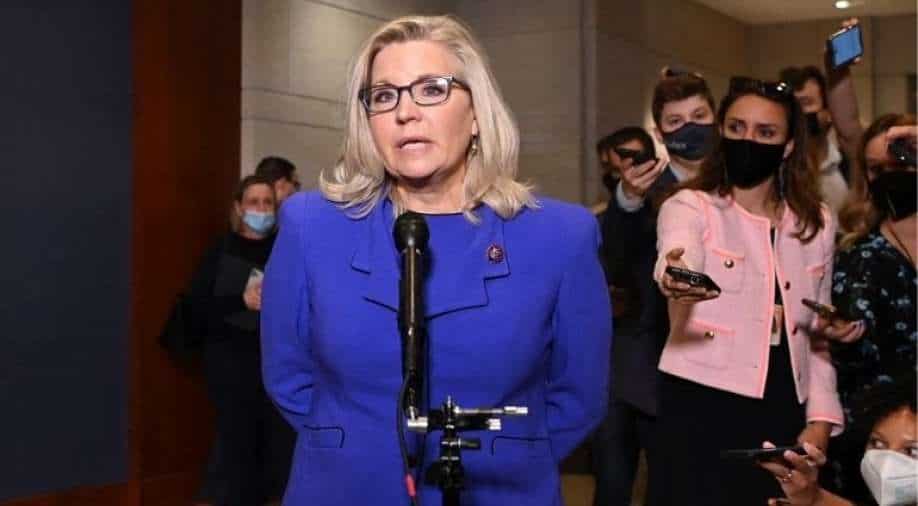 In January, Cheney had voted to impeach Donald Trump for inciting the riots at US Capitol on January 6

Republicans in the US House of Representatives on Wednesday voted to expel leader Liz Cheney who had criticised Trump’s claims of a stolen election. Cheney had called out former President Trump for falsely claiming that the presidential was rigged and stolen through fraud.

"I will do everything I can to ensure that the former president never again gets anywhere near the Oval Office," AFP quoted Cheney as saying after the vote.

She was at the helm of Republican leadership and is the daughter of former Vice President Dick Cheney. In January, Cheney had voted to impeach Donald Trump for inciting the riots at US Capitol on January 6.

The Republican recently claimed that Trump’s claims of a stolen election were “poisoning our democratic system” and that anybody who supported such claims was “spreading THE BIG LIE”.

"We must go forward based on truth. We cannot both embrace the big lie and embrace the Constitution," she told reporters on Wednesday

According to Republicans, her ousting is about maintaining the party unity. They also claim that Cheney's criticism of the party and the former president has bought the Republicans together after Trump's defeat in the November elections.

Cheney has referred to Trump's following within the party as "dangerous and anti-democratic cult of personality".

On Tuesday, Cheney remained defiant on the House floor, warning that the American democracy could unravel due to Trump's false claims of a rigged election, which could sow doubt in people's minds about the integrity of US election process.

"Remaining silent and ignoring the lie emboldens the liar," Cheney said on Tuesday.

Since then, Trump has responded to her claims. "Liz Cheney is a bitter, horrible human being."

He added: "She has no personality or anything good having to do with politics or our Country. She is a talking point for Democrats, whether that means the Border, the gas lines, inflation, or destroying our economy."