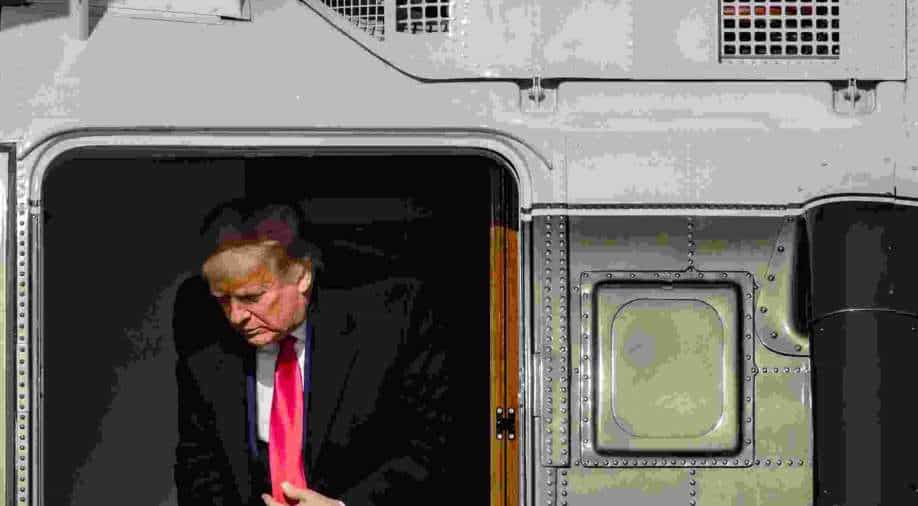 Many were completely silent, even in the face of a tweet from Trump himself in which he vowed, “WE HAVE JUST BEGUN TO FIGHT!!”

A day after President Donald Trump’s stinging defeat in the Supreme Court, Republicans around the country seemed to be having trouble finding the right words.

The bellicose statements from some quarters that had characterized the postelection period — claims of switched and missing votes, a “rigged” election and even threats of secession from Texas Republicans after the ruling on Friday — had given way to something resembling muted resignation and an acceptance of the inevitable.

Many were completely silent, even in the face of a tweet from Trump himself in which he vowed, “WE HAVE JUST BEGUN TO FIGHT!!”

Of 17 Republican attorneys general who had endorsed the case, filed by Texas Attorney General Ken Paxton, none agreed to be interviewed by The New York Times. Paxton, who had issued a statement calling the decision “unfortunate,” did not respond to a request for comment.

Other attorneys general who issued statements mostly seemed to acknowledge that all legal avenues had been exhausted in efforts to overturn the election results.

Mike Hunter, the Oklahoma attorney general, saw the end of the road. “The Supreme Court has ruled. The Electoral College is going to meet Monday. We’ve got to accept the results,” Hunter said in a Facebook interview in Oklahoma City. “We need to play the hand we’re dealt.”

A statement by Wayne Stenehjem, the North Dakota attorney general, echoed that. “It now appears that all reasonably arguable legal challenges have been exhausted, and the members of the Electoral College will meet across the country on Monday.”

Derek Schmidt, the Kansas attorney general, summed it up with a statement saying, “It is time to put this election behind us.”

Arkansas Gov. Asa Hutchinson, a Republican who had disagreed with the decision by his state’s attorney general to join the case, said there was no viable path forward for Trump.

“The electoral votes should be cast on Monday, and all indications are that Joe Biden will be the president-elect at that time,” Hutchinson said in a telephone interview, urging the country to move on. “It’s the tradition of our country and the history of our democracy that we do move on beyond that hard-fought election and we unite and we recognize the president-elect’s leadership.”

Hutchinson said he believed the effort led by Texas was based on a flawed legal theory, a view shared by Sen. Susan Collins, R-Maine, who had been among the first in her party to congratulate the president-elect on his victory. She called the court’s ruling “an unsurprising affirmation of the principle that one state cannot tell another state how to run its elections.”

On Capitol Hill, the response was particularly muted among the 126 House Republicans who signed onto an extraordinary amicus brief backing the suit. Aides to Reps. Kevin McCarthy of California and Steve Scalise of Louisiana, the party’s top leaders in the House, had no comment. And questions and requests for comments sent to the office of more than two dozen top congressional Republicans on Saturday were either declined or ignored.

Rep. Mike Johnson of Louisiana, who assembled the House’s friend of the court brief, merely posted a quote on Twitter from John Quincy Adams, implying he had done what he could: “Duty is ours, results are God’s.”

Just one lawmaker who signed on, Rep. Bruce Westerman of Arkansas, appeared newly ready to accept the president’s road had run out.

In a statement, he called the Texas suit “the best and likely last opportunity” to get the Supreme Court to rule on the election, and said the court’s decision “closed the books on the challenges to the 2020 election results.”

“The casting of electoral votes will end a hotly contested election, and we should come together as Americans to work together for the future of our country,” Westerman said, adding that Biden would be the president-elect by Monday.

Others, like Reps. Jodey Arrington of Texas and Ken Buck of Colorado, stressed that the court had not actually rejected the case based on its merits and insinuated, vaguely, that those claims could still have their day in court. But even as they pledged a continued fight, it was clear their options were dwindling.

Speaking on Fox News, Buck called for congressional hearings on election security and while discussing a pair of Senate runoffs in Georgia, indicated obliquely that he believed Biden would be president.

Another ally of the president, Rep. Matt Gaetz of Florida, raised the prospect of using a normally perfunctory joint session of Congress on Jan. 6 to challenge the electoral results, though most lawmakers agree that path is very likely futile.

If anything, the brushback from the Supreme Court served to highlight the divisions running through the president’s party more than a month after Election Day.

“At some point, we have to be that nation of laws,” Sen. Bill Cassidy, R-La., said on Fox, as he sought to instill confidence among fellow Republicans that the election had been decided fairly, and in Biden’s favor.

Rep. Adam Kinzinger, R-Ill., was harsher, warning his party on Twitter against excesses like the secession talk thrown around on Friday by Texas GOP chairman Allen West or any further efforts by Republicans to stoke false hopes among their voters.

“I want to be clear: the Supreme Court is not the deep state,” Kinzinger wrote in one tweet. “The case had no merit and was dispatched 9-0. There was no win here. Complaining and bellyaching is not a manly trait, it’s actually sad. Real men accept a loss with grace.”