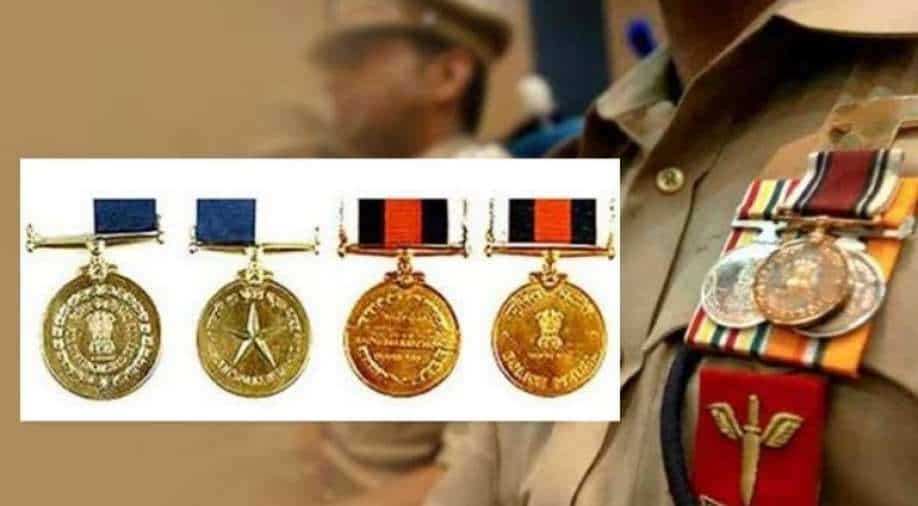 Indian government on Tuesday announced list of bravery medals. The recipients will be awarded the medals on India's Republic Day on January 26.

This year no one has been given top category president police medal for gallery (PPMG) this time.

Among the 189 gallantry awards, 134 personnel are being awarded for their gallant action in the Jammu and Kashmir region, 47 for their bravery in Left Wing Extremism (LWE) affected areas and one personnel for similar conduct in the north-east region, a home ministry spokesperson said.

The highest number of bravery medals, 115, have been awarded to the Jammu and Kashmir Police, followed by 30 to the Central Reserve Police Force (CRPF), 10 to the Chhattisgarh Police, nine to the Odisha Police, seven to the Maharashtra Police, three each to the border guarding forces of Indo-Tibetan Border Police (ITBP) and the Sashastra Seema Bal (SSB), and two to the Border Security Force (BSF), among others.

The 'Jeevan Rakshak' series of medals are given for the meritorious act of human nature in saving the life of a person.