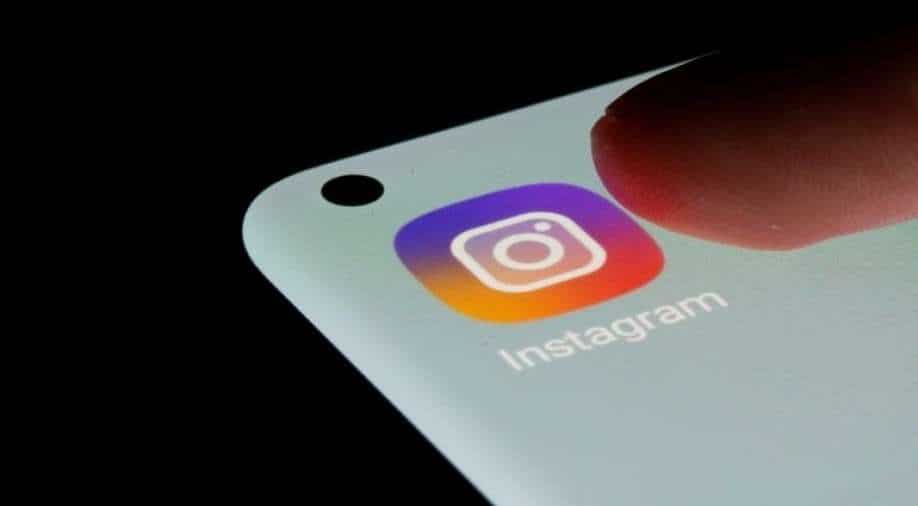 In recent months, Instagram and its parent company, Meta Platforms, formerly Facebook, have been questioned about their potential impact on the mental health, body image, and safety of young users, especially after an internal document leaked by whistleblower Frances Haugen about the company's attitude towards young users. Photograph:( Reuters )

In a letter sent by the advocacy group, Fairplay and its Children's Screen Time Action Network; rabbis, reverends, pastors and other religious leaders urged Meta CEO Mark Zuckerberg to permanently scrap the company's plan to launch an Instagram version aimed at young users.

Instagram halted its plans to roll out a kids' version of the photo-sharing app last September after facing mounting opposition.

"After much meditation and prayer, we assert that social media platforms that target immature brains, practice unethical data mining, and are inspired by profit motives are not a tool for the greater good of children," said the letter, which was signed by more than 70 religious leaders.

In recent months, Instagram and its parent company, Meta Platforms, formerly Facebook, have been questioned about their potential impact on the mental health, body image, and safety of young users, especially after an internal document leaked by whistleblower Frances Haugen about the company's attitude towards young users.

Instagram's head Adam Mosseri was grilled by a Senate panel in December about children's online safety. Meta is also being investigated by a coalition of state attorneys general for promoting Instagram to children despite potential risks.

According to Meta, the leaked documents have been used to paint a false picture of the company's work.

The company has defended Instagram for kids, saying that the idea was to give younger users a safe and dedicated area to interact with the service.

Like other social media sites, Instagram prohibits children younger than 13 from joining its platform, although it says it knows there are users below this age group.

Using references from the Bible, the Qur'an, Pope Francis, and Buddhist monk Thích Nhất Hạnh, the faith groups called on Zuckerberg, who has said religion is "very important" in the past, to acknowledge both secular and spiritual concerns over the project.

Watch | How safe is Instagram for your kids? How is it impacting younger generation?

In its efforts to drive engagement on its platforms, Meta conducted a concerted outreach to the religious community last year.

Last year, the organisation, which has a team dedicated to faith partnerships, launched a new feature that allows users to request and send prayers on the site, sent out mini equipment kits for streaming worship during the COVID-19 pandemic, and held its first virtual faith summit.