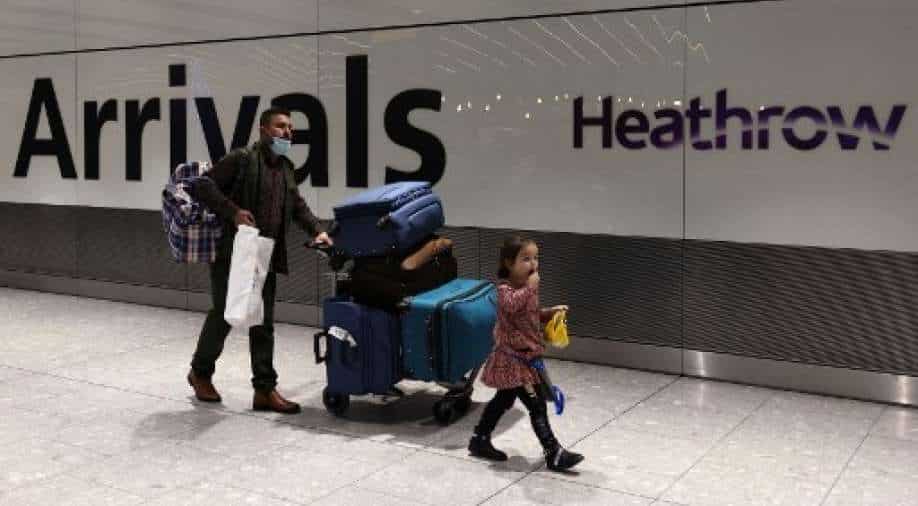 Passengers entering the UK have been advised to take a PCR test for COVID-19 two days after their arrival Photograph:( AFP )

UK's health secretary Sajid Javid informed parliament today that the government will be lifting its "red list" imposed on 11 African countries amid community transmission of Omicron in the UK.

"Now that there is community transmission of Omicron in the UK and Omicron has spread so widely across the world, the travel red list is now less effective in slowing the incursion of Omicron from abroad," Sajid Javed said.

The Boris Johnson government had imposed a travel ban on South Africa including southern African nations after the discovery of the Omicron variant. On Monday, one person had died due to the Omicron variant in the UK even as the government moved to impose further restrictions in the country.

"We will be removing all 11 countries from the travel red list effective from 4 am tomorrow(Wednesday) morning," the health secretary told parliament.

The UK health secretary said Omicron cases have been "mirroring" the rapid rise being witnessed in South Africa and it is doubling every two days. Javed informed that there are currently 4,713 confirmed Omicron cases in the country.

Also Read: Omicron is a dress rehearsal for the next pandemic

"The UKHSA estimates that the number of daily infections was 42 times higher at 200,000," the health secretary revealed.

Javed also defended the government's recent restrictions after Omicron cases surged in the country emphasising that he firmly believes in "individual liberty and curbs should be placed on our freedoms only in the most gravest of circumstances."

Javed said the government was ready to "rescind measures" earlier than January 26 and it will be reviewed on January 5.