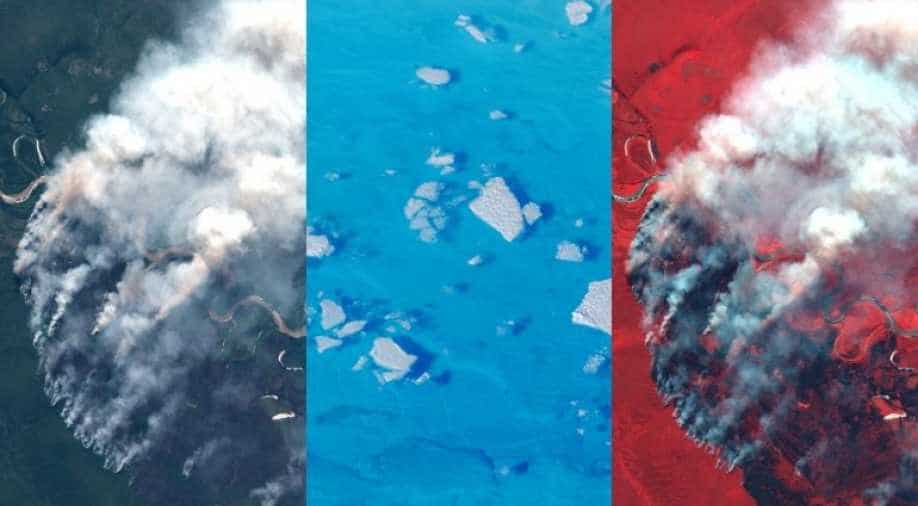 Scientists believe the recurring heatwaves will continue to spawn wildfires.

The Arctic has transformed into an oven. Heatwaves have sparked hundreds of wildfires in Siberia. Millions of hectares of forest is up in flames. It's been a record-setting summer. Scientists say it could get worse. The chilly Arctic breeze could be snuffed out soon if nothing is done about global warming.

Forests in the arctic region are up in flames. They are burning with great intensity. The smoke has reached the west coast of the United States. In Siberia, close to three million hectares of forest is on fire. Since January 2020, more than four million hectare of forest has already gone up in flames. The heatwave has reduced the expansive Boreal forests into a bone dry patch of land.

Scientists believe the recurring heatwaves will continue to spawn wildfires.

"We are monitoring the clouds and when we find enough clouds over a wildfire - the plane immediately takes off. Today, we are going to work over two or three wildfires. This method makes fire isolation, fire extinguishing in remote areas much easier for firefighters working on the ground. Their job becomes significantly easier."

Satellite images show that much of the Russian Arctic is in the red.

The problem of wildfires is closely linked to climate change.

Climate scientists say the Siberian heatwave is a warning cry from the Arctic.