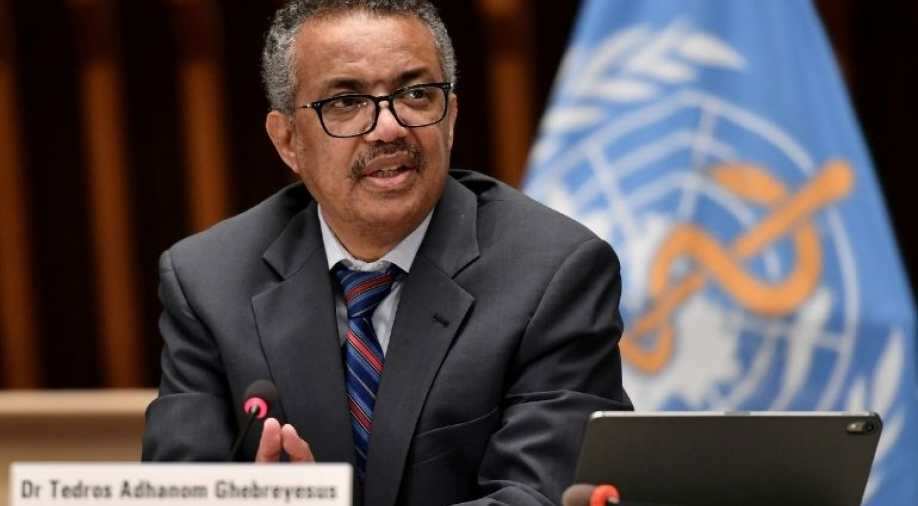 The worldwide death toll from the coronavirus eclipsed 1 million on Tuesday, nine months into a crisis that has devastated the global economy, tested world leaders’ resolve, pitted science against politics and forced multitudes to change the way they live, learn and work.

The actual number of deaths due to COVID-19 is "certainly higher" than 1 million, Director-General of World Health Organisation (WHO) Tedros Adhanom Ghebreyesus on Wednesday said.

"One million people are confirmed to have lost their lives to this new virus. The real number is certainly higher. Thousands more are fighting for their lives in hospitals all over the world," said Tedros addressing a high-level UNGA event.

The worldwide death toll from the coronavirus eclipsed 1 million on Tuesday, nine months into a crisis that has devastated the global economy, tested world leaders’ resolve, pitted science against politics and forced multitudes to change the way they live, learn and work.

The bleak milestone, recorded by Johns Hopkins University, is greater than the population of Jerusalem or Austin, Texas. It is 2 1/2 times the sea of humanity that was at Woodstock in 1969. It is more than four times the number killed in the 2004 earthquake and tsunami in the Indian Ocean.

Meanwhile, UN Secretary-General Antonio Guterres urged the countries to work together to expand the access to tests and treatments and extend support to the vaccine for "global public good". "It is in every country's national and economic self-interest to work together to massively expand access to tests and treatments and to support a vaccine as a global public good, a people's vaccine available and affordable for everyone everywhere. The Access to COVID-19 Tools (ACT) Accelerator with its COVAX facility is the vehicle to get us there," he said.

Guterres emphasised that the ACT Accelerator was the only safe way to reopen the world economy and guarantee that the most successful vaccine reaches all. "The current financing gap for ACT Accelerator stands at USD 35 billion. That's less than 1 percent of what G20 governments have already committed to domestic stimulus packages. To put it another way, it's roughly equivalent to what the world spends on cigarettes every two weeks. Fully financing the ACT Accelerator will help to control the pandemic, restore confidence and stimulate the global recovery," he added.

As per the latest update by the Johns Hopkins University, as many as 33,706,888 people around the world have tested positive for coronavirus and 1,009,064 deaths have been reported so far.