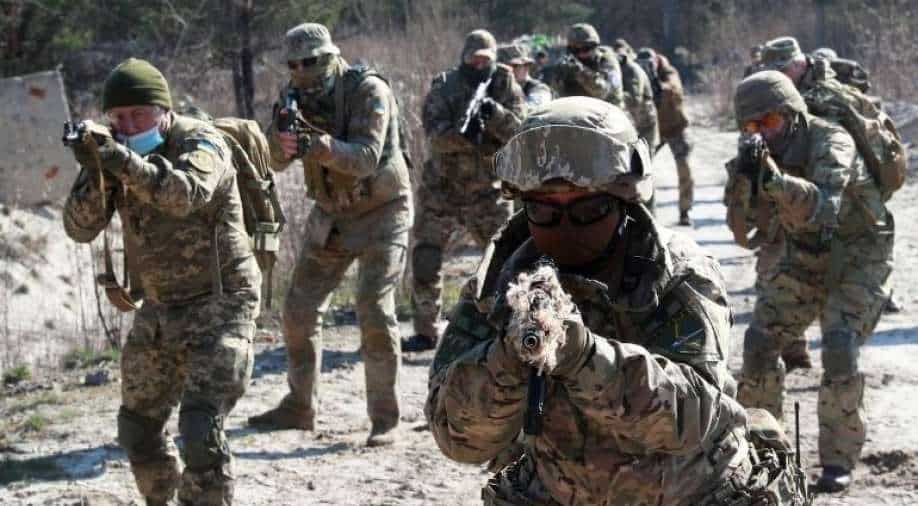 Many Ukrainian troops say they know they are on their own

"We should only count on ourselves," Taras Mykytsey, a 52-year-old soldier, told AFP in the frontline village of Zaytseve north of the separatist stronghold Donetsk.

The separatists, who have carved out two "People's Republics" in eastern Ukraine, are backed by Russia.

"While we are waiting for something to be sent to us, Putin will not wait," added Mykytsey, sporting a helmet and a bulletproof vest.

Yuriy, a 29-year-old senior sergeant based near the town of Shchastya in the neighbouring Lugansk region, struck a similar note, saying he did not expect Western boots on the ground any time soon.

"What foreign country would want to send its people to their death?" he said.

Yuriy, who declined to give his last name, added that the Russian president would not buckle.

Faced with the largest deployment of Russian troops on Ukraine's borders since 2014, President Volodymyr Zelensky has requested more tangible help from the West, but many Ukrainian troops say they know they are on their own. The soldiers are sceptical that US sanctions and NATO warnings would have any effect on Russia.

US President Joe Biden has pledged his "unwavering support" to Zelensky, and Washington this week hit Moscow with new sanctions over US election interference and other hostile activity.

After talks in Paris on Friday with French President Emmanuel Macron and German Chancellor Angela Merkel, the Ukranian leader called for a four-way summit with Putin and the resumption of a ceasefire upended by a recent spate of clashes between Kiev troops and the separatists.