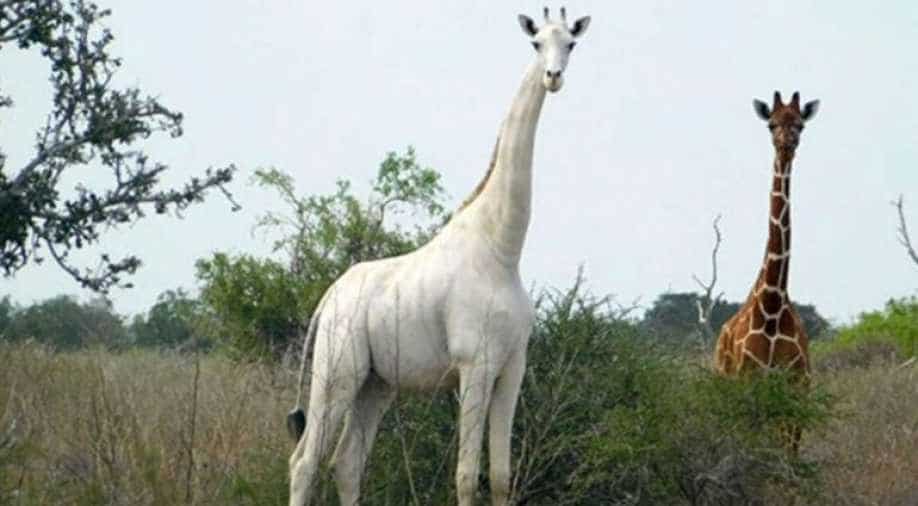 After their deaths, only one white giraffe left is a lone male borne by the same slaughtered female.

The world's only female white giraffe and her calf have been killed by poachers in a wildlife sanctuary in eastern Kenya.

Rangers have confirmed they found the carcasses in a village in Garissa County ''in a skeletal state after being killed by armed poachers''.

After their deaths, only one white giraffe left is a lone male borne by the same slaughtered female.

"This is a very sad day for the community of Ijara and Kenya as a whole. We are the only community in the world who are custodians of the white giraffes," said Mohammed Ahmednoor, manager of the reserve.

The conservationists described the killing as "a blow to tremendous steps taken by the community to conserve rare and unique species," as well as "a wake-up call for continued support to conservation efforts."

"This is a long-term loss given that genetics studies and research which were significant investment into the area by researchers, has now gone to the drain," Mr Ahmednoor added.

The Kenya Wildlife Service is investigating the incident.

The female white giraffe first made headlines when she was discovered, alongside her calf, in 2017.