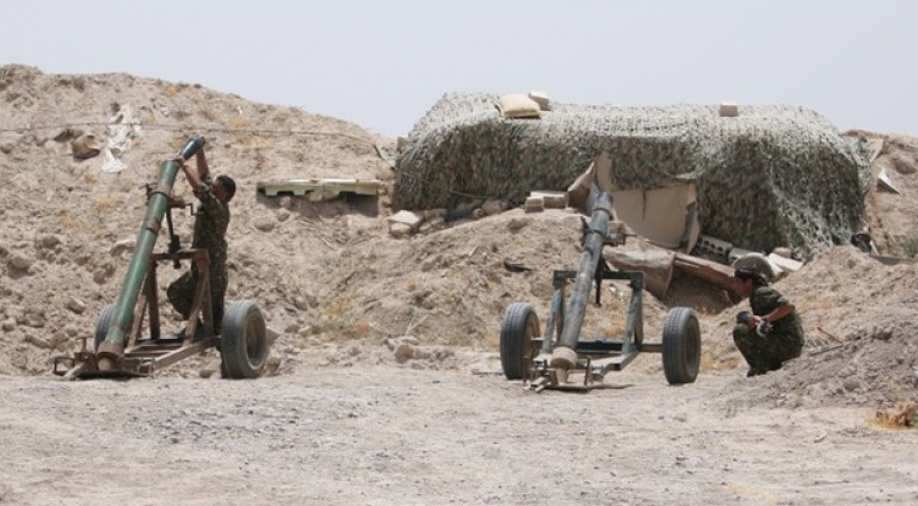 Fighters of the Syria Democratic Forces prepare to fire a mortar shell towards positions held by Islamic State fighters in Raqqa in May 2016. (Representative image) Photograph:( Reuters )

Islamic State militants have set off five car bombs targeting US-backed Syrian armed groups attacking Raqqa, a Kurdish source said on Monday, saying the fight to drive IS from its stronghold city would "not be easy".

The operation by the Syrian Democratic Forces (SDF), including the Kurdish YPG militia, that began on Saturday aims to encircle and ultimately capture Raqqa, adding to the pressure on IS as it faces a major assault in Iraq.

Islamic State has also drawn heavily on suicide car bombs in its efforts to fend off the assault on Mosul by Iraqi forces.

The Kurdish source, speaking on condition of anonymity, said the US-led coalition was providing "excellent" air support for the operation dubbed "Euphrates Anger".

"It is difficult to ... put a time frame on the operation at present. The battle will not be easy," the source said.

The attack so far appears focused on areas north of Raqqa near the town of Ain Issa, 50 km (30 miles) away. The Syrian Observatory for Human Rights, an organisation that reports on the war, said the SDF forces had so far captured a number of IS positions, but there had been "no real progress".

The Kurdish source said a number of villages had been captured. "Daesh is resorting to attacks with car bombs to a great degree," the source said.

The SDF has been the main partner on the ground in Syria for the US-led coalition against Islamic State, capturing swathes of northern Syria with coalition air support.

Planning for the Raqqa assault has been complicated by factors including the concerns of neighbouring Turkey, which does not want to see any further expansion of Kurdish influence in northern Syria.

Additionally, Raqqa is a predominantly Arab city, and Syrian Kurdish officials have previously said it should be freed from IS by Syrian Arab groups, not the Kurdish YPG.

A US official told Reuters in Washington there was "no available force capable of taking Raqqa in the near future", and US officials cautioned the process of sealing off and isolating the city could take two months or longer.