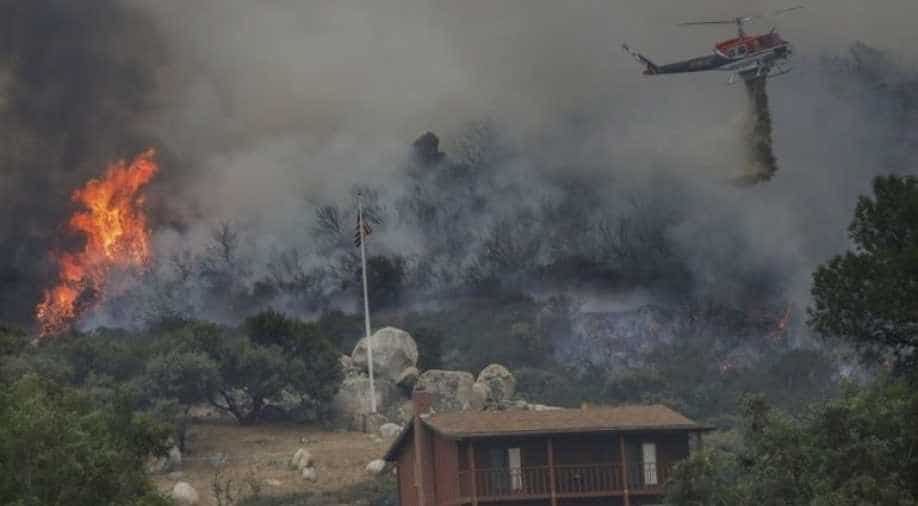 Starting Friday, weather systems will bring a mix of rain and snow to parts of Northern and Central California through the middle of next week

A parched swath of Central California is set to receive welcome rounds of rain and snow over the next week, but the forecast is raising concerns about flash flooding and mudslides in areas that endured a treacherous wildfire season last year.

Starting Friday, weather systems will bring a mix of rain and snow to parts of Northern and Central California through the middle of next week, with much of the snow expected in higher elevations of the Sierra Nevada. Between 5 to 10 inches of precipitation are expected, though some areas could receive up to 15 inches in the next two weeks, said Greg Carbin, head of the forecast operations branch at the National Weather Service’s Weather Prediction Center.

“These areas have been unusually dry,” Carbin said. “In fact, much of California has had well below normal rainfall and precipitation for many months on end, which had led to the dramatic wildfire activity that we’ve seen as well.”

A group of fires known as the LNU Lightning Complex stretched across Napa County and surrounding areas starting in August, burning more than 360,000 acres. It was 100% contained by early October, but the charred terrain it left behind is more susceptible to rainfall runoff, according to the National Weather Service.

“If you have too much rain in an area that the vegetation has been burned off from wildfire activity, that can cause a problem with debris flow, mudslides and some flash flooding,” Carbin said.

Mountainous and hilly terrain could be vulnerable to flash flooding and landslides, particularly where there are burn scars — charred, barren areas scorched by wildfires. In 2018, at least 17 people died in mudslides in Montecito, in Southern California, after a storm hit hillsides that had been stripped of the vegetation in the Thomas Fire.

The weather systems affecting Central California are not out of the ordinary as the state receives the majority of its rainfall during the cooler months, particularly the period from January through March. But the forecast is notable for a region where rainfall and snowfall “have been so far below normal” in recent years, Carbin said. (Parts of Central California and the Sierra Nevada region are currently experiencing extreme and severe drought, according to the National Drought Mitigation Center.)

California’s 2020 “water year” — the 12-month period that ended on Sept. 30, 2020 — was rather dry for the state’s northern region, the state’s Department of Water Resources reported.