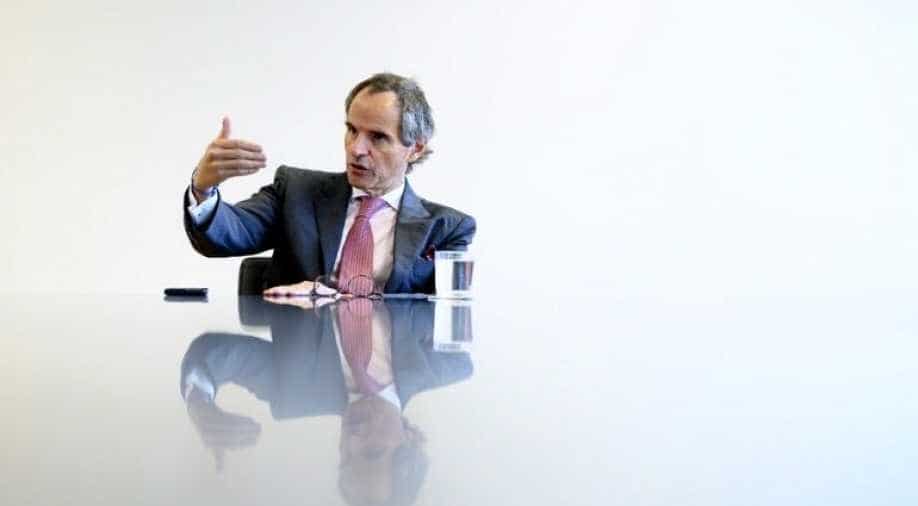 Argentine diplomat Rafael Grossi will be confirmed as the new director-general of the UN's nuclear watchdog the International Atomic Energy Agency (IAEA) on Monday, with the growing crisis over Iran's nuclear programme at the top of his in-tray.

Who is Rafael Grossi?

The veteran diplomat, who has been serving as Argentina's ambassador to the IAEA, will be the agency's first leader from Latin America.

Grossi previously held high-level posts at the agency between 2010 and 2013, bringing him into contact with Iranian officials at a time when international negotiations over Iran's nuclear activities were intensifying.

According to the former French ambassador to Iran Francois Nicoullaud, he will able to draw on "solid experience in proliferation matters".

"He is someone of a very high calibre who comes from an important country in the nuclear field," says Nicoullaud.

A current Vienna-based diplomat said Grossi was expected to bring "a lot of energy and innovation" to the post, with a particular focus on pushing gender parity within the agency and promoting the role of nuclear energy in fighting climate change.

Grossi will be taking over from Yukiya Amano, who died in July at the age of 72 having been in post since 2009.

While the US is thought to have lobbied in his favour, diplomats say Grossi has stressed his belief in the importance of the agency's impartiality.

Grossi begins his tenure amid a growing crisis over Iran's nuclear programme.

The IAEA is charged with monitoring the implementation of the 2015 Iran nuclear deal, which seems in danger of imminent collapse.

Diplomats from Iran and other remaining parties to the deal, the UK, France, Germany, China and Russia, will gather in Vienna on Friday to discuss ways forward for the crumbling deal.

Since May, Iran has taken a series of measures breaking limits on its nuclear activities laid down in the deal, including on the amount and the enrichment level of its uranium stockpile.

Iran insists it has the right to do this in retaliation for the US's withdrawal from the deal in 2018 and subsequent re-imposition of sanctions, which have placed a huge strain on the Iranian economy.

Iran has said another step away from the deal is likely in early January, with some speculation that it could announce that is increasing its uranium enrichment level yet further.

Ali Vaez from the International Crisis Group says the point of collapse could be in a matter of weeks.

"The Iranians are simply running out of measures that are easy to reverse and non-controversial," he says.

Vaez adds that a fresh Iranian move to breach the deal could finally push the European signatories to trigger the so-called "dispute resolution mechanism" foreseen in the 2015 accord, and that in turn would lead to the automatic resumption of UN sanctions on Iran.

The return of those sanctions would mark the "death blow" of the agreement, according to Kelsey Davenport of the Arms Control Association.

In such a scenario, says Vaez, "we will have a major non-proliferation crisis on our hands in the sense that the Russians and the Chinese have already declared they would not recognise the return of (sanctions)".

Some expect that in this scenario Iran would leave the Treaty on the Non-Proliferation of Nuclear Weapons (NPT).

There have been other points of friction between Iran and the IAEA in recent months.

The agency has been asking Iran to provide explanations for the presence of uranium particles at an undeclared site it took samples from in the spring.

While the IAEA has not named the site in question, diplomatic sources have previously said the agency asked Iran about a site in the Turquzabad district of Tehran, where Israel has alleged secret atomic activity in the past.

Added to this is an incident in October in which an IAEA inspector was briefly prevented from leaving Iran after triggering a security alarm.

She was allowed to return to Vienna but the IAEA has condemned her treatment as "not acceptable". One Vienna-based diplomat said that Tehran had received little support in the matter, "even from countries that normally do sympathise with Iran."