Radiation up to '16 times' the norm near blast site: Russian weather service 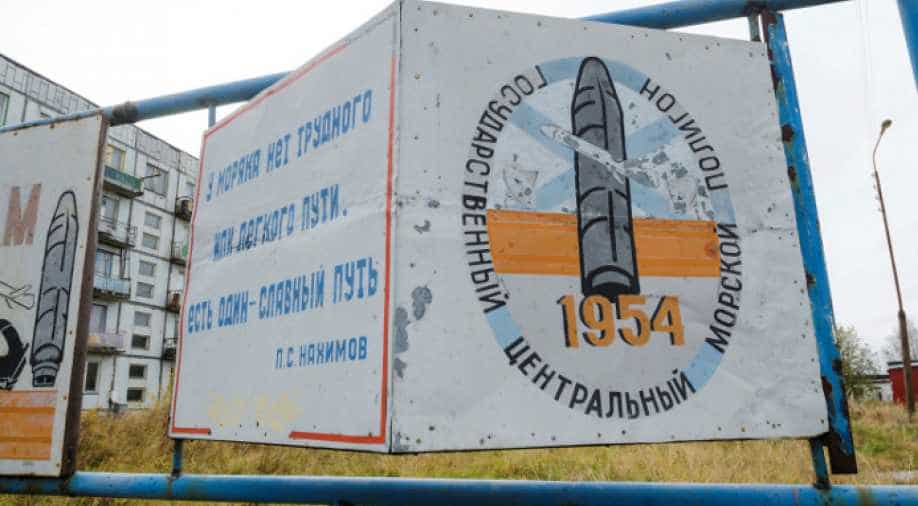 The explosion at the Arctic facility on Thursday killed five scientists with Russia's nuclear agency, which later confirmed they were involved in testing new weapons. More victims were hospitalised.

Radiation levels were up to 16 times the norm in a nearby town after an explosion at a Russian missile testing site, the national weather service said Tuesday.

The explosion at the Arctic facility on Thursday killed five scientists with Russia's nuclear agency, which later confirmed they were involved in testing new weapons.

Rosgidromet, the weather monitoring service, said its sensors in Severodvinsk, a town about 30 kilometres (20 miles) from the Nyonoksa test site, registered gamma radiation exceeding background levels by "four to 16 times".

Rosgidromet said the levels were higher at six out of eight of its stations in Severodvinsk and that levels returned to normal after 2.5 hours.

One of the sensors registered a level of 1.78 microsieverts per hour, well above the local average but far below dangerous levels.

Russia's Rosatom nuclear agency has said its staff were providing support for the "isotope power source" of a missile and were thrown into the sea from the testing platform by the force of the explosion.

US experts have linked the incident to the 9M730 Burevestnik nuclear-powered cruise missile touted by President Vladimir Putin earlier this year.

Local authorities in Severodvinsk last week initially published information about the spike in radiation, but later deleted it and a local official said that radiation levels were not above the norm.

US President Donald Trump on Monday said the United States "learning much" from the explosion and claimed that Washington has "similar, though more advanced, technology."

Putin's spokesman Dmitry Peskov on Tuesday did not confirm that the accident was linked to the Burevestnik project.

Peskov added however that Russian research and development in the sphere of nuclear-powered missiles "significantly surpass the level reached by other countries and are rather unique''.