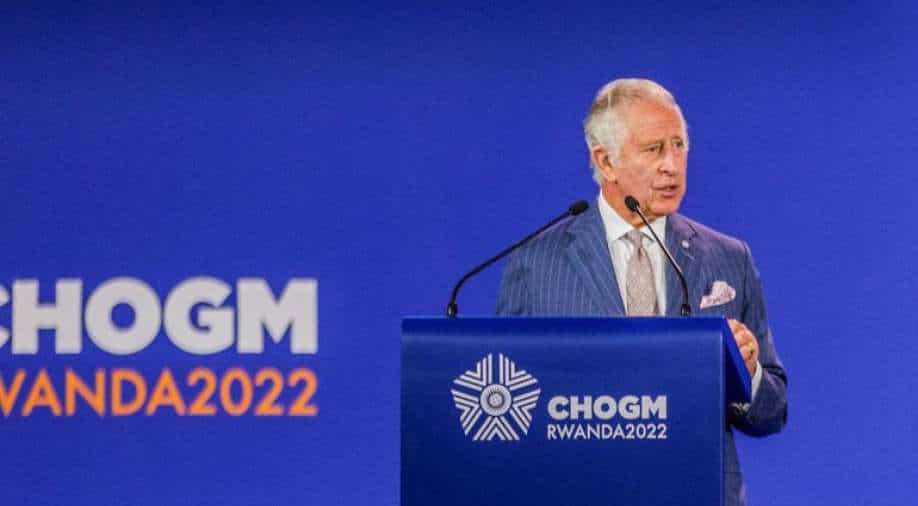 Prince Charles during the opening ceremony of the Commonwealth meeting at Kigali Photograph:( Reuters )

Charles said there would always be a 'free association of independent, self-governing nations' at the Commonwealth Heads of Government Meeting in Rwanda

Prince Charles told Commonwealth leaders gathered at Rwanda that each member state had the right to decide to become a republic amid growing movement in Caribbean nations that have expressed their wish to break away from the British monarchy.

"I want to say clearly, as I have said before, that each member's constitutional arrangement, as republic or monarchy, is purely a matter for each member country to decide," Charles said at the gathering of Commonwealth nations.

"The benefit of long life brings me the experience that arrangements such as these can change, calmly and without rancour,” Charles added.

Charles is representing Queen Elizabeth II at the Commonwealth Heads of Government Meeting (CHOGM) in Rwanda. Charles said there would always be "a free association of independent, self-governing nations".

“The Commonwealth contains within it countries that have had constitutional relationships with my family, some that continue to do so, and increasingly those that have had none," Charles said.

The British heir to the throne also expressed "personal sorrow" at Britain's legacy of slavery.

"I cannot describe the depths of my personal sorrow at the suffering of so many, as I continue to deepen my own understanding of slavery's enduring impact," he said.

The move comes as British Prime Minister Boris Johnson defended his government's decision to send migrants from the UK back to Rwanda amid fierce resistance from the UN and other rights bodies.