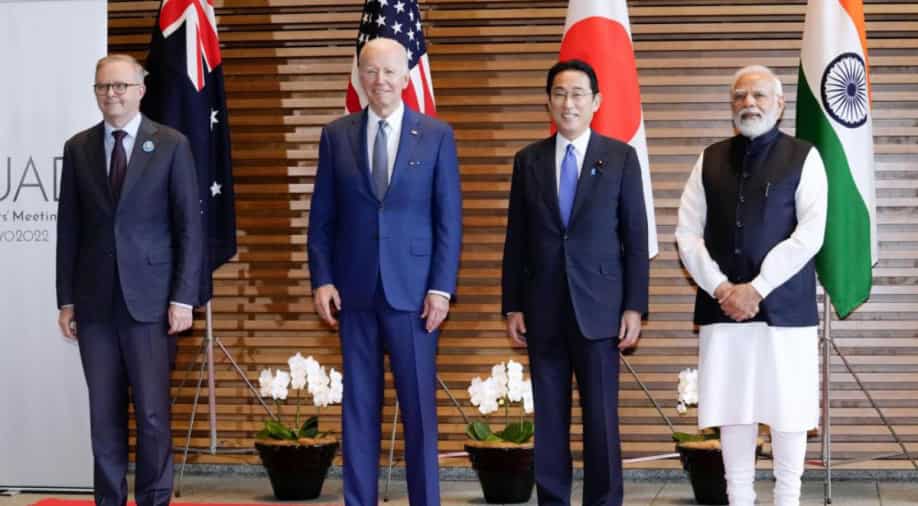 This big marine programme aims to give the four countries — as well as their regional partners — a better picture of what's going on in their waterways.

Quad leaders launched a number of initiatives at the Tokyo summit, including a marine security collaboration that will allow member nations to track illegal fishing, "black ships," and other tactical-level actions.

“The benefit of this maritime initiative will allow tracking of dark shipping and other tactical-level activities, such as rendezvous at sea, as well as improve partners’ ability to respond to climate and humanitarian events and to protect their fisheries, which are vital to many Indo-Pacific economies,” said the White House in a media statement on the sidelines of Quad Summit.

Dark ships, for example, are vessels that have had their Automatic Identification System (AIS) - a transponder system – turned off so that they are not detectable. This significant maritime accord between the Quad member countries will strengthen the Indo-Pacific region's security system.

Why is illegal fishing regarded as such a serious problem?

Fish provides 20% of the typical animal protein intake for around 3.3 billion individuals worldwide. According to an FAO report, the fisheries and aquaculture sectors employ over 60 million people.

While it's difficult to assess the economic loss from illicit fishing, some estimates put it at over USD 20 billion per year. According to the US Coast Guard, illegal fishing has surpassed piracy as a global maritime concern in 2020.

The collapse of fisheries in the Indo-Pacific area, as elsewhere, can destabilise coastal governments and constitute a considerably greater security danger, as it can fuel people trafficking, drug criminality, and terror recruitment.

Why is China on trial?

China was placed as the worst offender in the 2021 IUU Fishing Index, which maps 152 coastal countries.

After overfishing its own waterways, China is blamed for 80 percent to 95 percent of the illegal fishing in the region. To accommodate its expanding domestic demand, it is known to incentivize illegal fishing with substantial incentives.