Putin's pick for next Ukraine president: Who is ​​​​​​​Viktor Yanukovych? 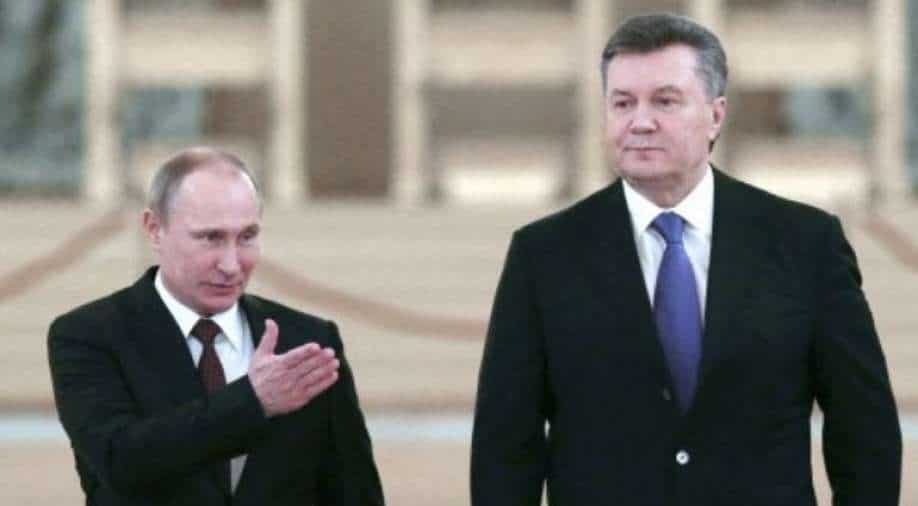 Former Ukraine President Viktor Yanukovych had come to power in 2010 but was overthrown after violent protests hit the country in 2014.

Reports claim Putin is planning to proclaim Victor Yanukovych as Ukraine's next president even as President Zelensky has vowed to keep fighting against Russia.

Putin is preparing to proclaim him the new President of Ukraine.

Who is Viktor Yanukovych?

Former President Viktor Yanukovych had come to power in 2010 but was overthrown after violent protests hit the country in 2014. The demonstrations against the former president erupted after he refused to sign a trade deal with European Union (EU) as he sought closer ties with Russia.

Yanukovych was backed by Putin's regime as it tried to put him back in power but it failed as he fled east from Kyiv to Kharkiv before travelling to Russia.

He ran for president for the first time in 2004 in controversial elections amid fraud allegations. The election led to the Orange revolution as the Ukraine Supreme Court moved to nullify the results and ordered fresh polls. Yanukovych lost the polls to Yushchenko in the second election.

What was the "Euromaidan" linked to Yanukovych?

The protests began in November 2013 in Independence Square in Kyiv as Yanukovych refused to sign the EU-Ukraine Association Agreement even as the demonstrators demanded the resignation of Yanukovych.

The protesters violently clashed with police in Ukraine with the main demonstration taking place at Maidan (central square) in Kyiv. The protests began with the Twitter hashtag "Euromaidan", the protests mainly took place in a Maidan Nezalezhnosti in central Kyiv which became the rallying point for anti-Yanukovych protests.

The protesters finally had their way as Yanukovych fled the country and the demonstrators took control of the presidential administration and his private estate.

Who was Yanukovych's successor?

However, Zelensky who was a popular TV star and comedian at the time stormed to power winning the elections in 2019. However, his anti-Russia stance did not go down well with Putin as he began pushing for NATO membership.