Putin says US bears some responsibility for Khashoggi disappearance 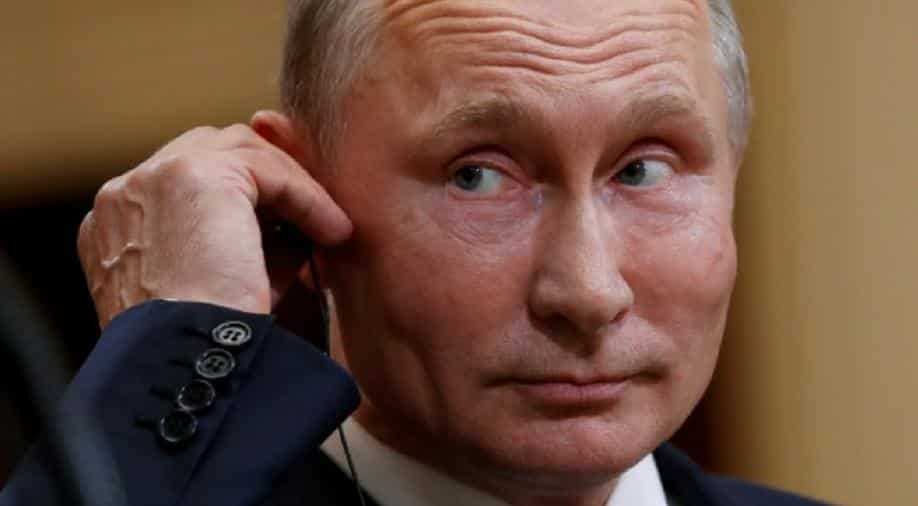 Turkish officials said this week that Khashoggi was killed by a hit squad in the Saudi consulate in Istanbul on October 2. Riyadh denies the allegations.

Russian President Vladimir Putin on Thursday said the US bears a "certain responsibility" for the fate of Saudi journalist Jamal Khashoggi, adding that there is not enough evidence that Riyadh is behind his disappearance.

"As far as I know, the journalist that disappeared lived in the US. In this sense, of course, the US holds a certain responsibility over what happened to him," Putin said at a forum in the southern Russian city of Sochi.

The Russian leader said Moscow "cannot start deteriorating relations" with Saudi Arabia because "it did not know what really happened."

Turkish officials said this week that Khashoggi was killed by a hit squad in the Saudi consulate in Istanbul on October 2. Riyadh denies the allegations.

The Russian leader's comments came as senior Western ministers pulled out of a major investment conference in Saudi Arabia, expressing deep concern over the disappearance of Khashoggi.

The ministers joined a slew of corporate bigwigs who are now shunning next week's Future Investment Initiative in Riyadh, touted as a showcase for the economic reforms of Crown Prince Mohammed bin Salman.

US Treasury Secretary Steven Mnuchin has said he will decide later on Thursday whether to attend, with President Donald Trump on the defensive as world opinion rounds on the US's Saudi allies.

Khashoggi -- a critic of the ultra-conservative kingdom -- was last seen entering his country's consulate in Istanbul on October 2.

The Al-Saud dynasty, which has ruled Saudi Arabia since the early 20th century, has found itself embroiled in one of its worst international crises since Khashoggi's disappearance.

Hezbollah chief hits back at Netanyahu, Macron for statements on Lebanon