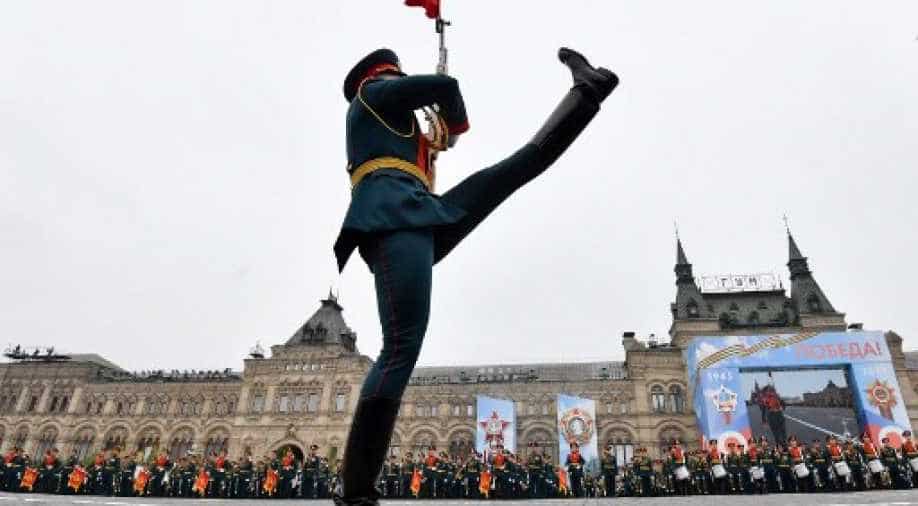 A soldier marches during the Victory Day parade at Red Square in Moscow, as Russia celebrates the 74th anniversary of the victory over Nazi Germany in 2019 Photograph:( AFP )

Amid reports of highest single day COVID-19 death toll in, President Putin said today that Russia has passed its peak of coronavirus infections.

"According to experts, the peak can be considered passed," Putin said while announcing a parade to take place on June 24 to celebrate Russia's victory over Nazi Germany in World War II.

"We will do it on June 24, the day the legendary historic victors' parade took place in 1945," Putin said while ordering the World War-II parade.

The Russian president had earlier delayed the parade after the country was put on a lockdown last month as coronavirus cases began to rise. The country celebrates victory over Nazi Germany in World War-II on May 9 every year with a parade in Moscow's Red Square to showcase its military might and to pay tribute to its war heroes.

"The risks for all participants should be minimised, or even better, eliminated," Putin said, while adding that "strict safety measures" would be put in place.

Amid the announcement, Russia on Tuesday reported the highest death toll due to coronavirus in the last 24 hours with 174 fatalities as the death toll reached 3,807.

The authorities said 174 people had died due to the virus with the number of cases rising to 362,342. Russia has the second highest coronavirus cases after Brazil and the United States.