Putin put no pressure on Russia to beat Spain at World Cup: Kremlin 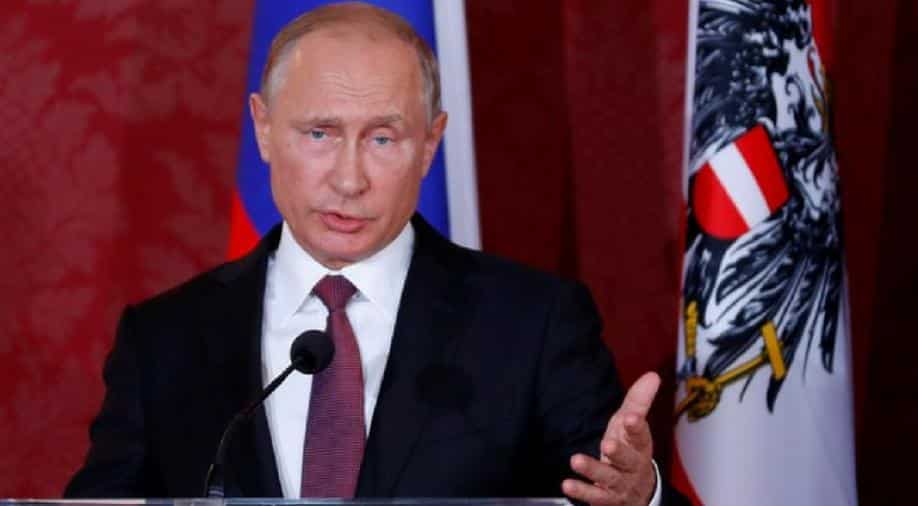 President Vladimir Putin told Russia coach Stanislav Cherchesov nobody was going to judge his team if they lost to Spain in the World Cup last 16 on Sunday -- a match they improbably won.

Kremlin spokesman Dmitry Peskov said after Russia knocked the 2010 champions out on penalties in Moscow's Luzhniki Stadium that Putin -- who watched the game on TV -- had not put any pressure on the team to win.

"Before the match, around noon, the president called the coach and wished him well," Russian news agencies quoted Peskov as saying.

"He said that under Cherchesov's leadership, our guys have already accomplished the impossible -- made it out of the group," said Peskov.

"Putin also noted that regardless of the outcome of the match, no one in our country was going to judge them."

Putin is inextricably linked with this year's tournament after helping win hosting rights in a disputed FIFA vote in 2010.

Russia then spent a record $13 billion giving many of the 11 host cities their first major facelifts since the Soviet Union's collapse.

But Putin's decision not to personally attend Russia's first World Cup knockout game in the post-Soviet era fed suspicions that the Kremlin believed the team would lose.

Russia and Spain finished extra time with the score at 1-1.

Goalkeeper and captain Igor Akinfeev saved two spot kicks as Russia came out on top 4-3 in the penalty shootout.

Russia will face the winner of Sunday's later last-16 match between Croatia and Denmark.

Peskov did not say whether Putin planned to attend the quarter-final.