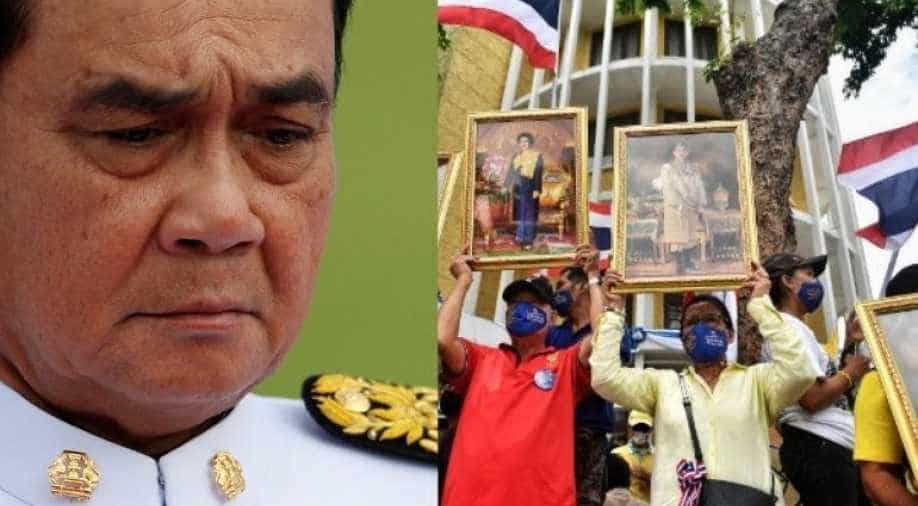 Protesters have planned large scale anti-government demonstrations over the weekend amid restrictions on gatherings due to the virus.

Amid anti-government demonstrations in Thailand, Prime Minister Prayuth Chan-ocha urged protesters to put "COVID first" for now in order to combat the virus.

"When you gather in mobs, you are creating an enormous risk of new infections. And with that, you also create enormous risk to the livelihoods of tens of millions of fellow Thais," Prayuth said in a televised address to the nation.

The protesters have been demanding the removal of Prayuth even as coronavirus infection have been on a downward spiral in the country.

"Your protests delay economic recovery because you affect business confidence, and you affect the confidence of tourists to return to our country when we are ready to receive them," Prayuth asserted in his address.

Protesters have planned large scale anti-government demonstrations over the weekend amid restrictions on gatherings due to the virus. The rallies have been going on since July against the government, the country had conducted a poll last year which protesters claim was conducted unfairly even as the protesters pledged to conduct the rally peacefully.

A government spokesman had said earlier that the rally must be peaceful and lawful.

Prayuth had earlier instructed police to avoid clashes with demonstrators while assuring "safety" for the people.