Protests in Turkey as it withdraws from treaty against domestic violence 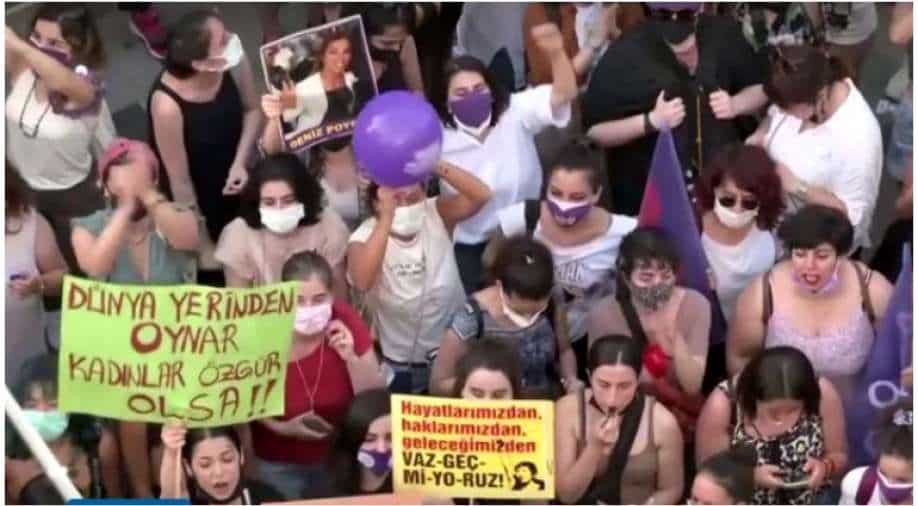 The Istanbul Convention, signed in 2011, committed its signatories to prevent and prosecute domestic violence and promote equality

Thousands of women protested Turkey's decision of formally withdrawing from the international treaty against domestic violence.

Turkish President Recep Tayyip Erdogan's move has drawn condemnation from Turks and Western allies. Erdogan however is stressing that this is not a step backwards.

"Some circles are trying to portray our withdrawal from the Istanbul Convention as a step backwards in our battle with violence against women," he said during a speech in Ankara to present an alternative action plan.

"Our battle did not start with the Istanbul Convention and it will not end with our withdrawal from the treaty," he said.

The Istanbul Convention, signed in 2011, committed its signatories to prevent and prosecute domestic violence and promote equality. Erdogan announced the withdrawal in March in favour of local laws to protect women's rights.

Thousands were set on Thursday to protest the decision across Turkey, where femicide has surged. A court appeal to halt the withdrawal was rejected this week.