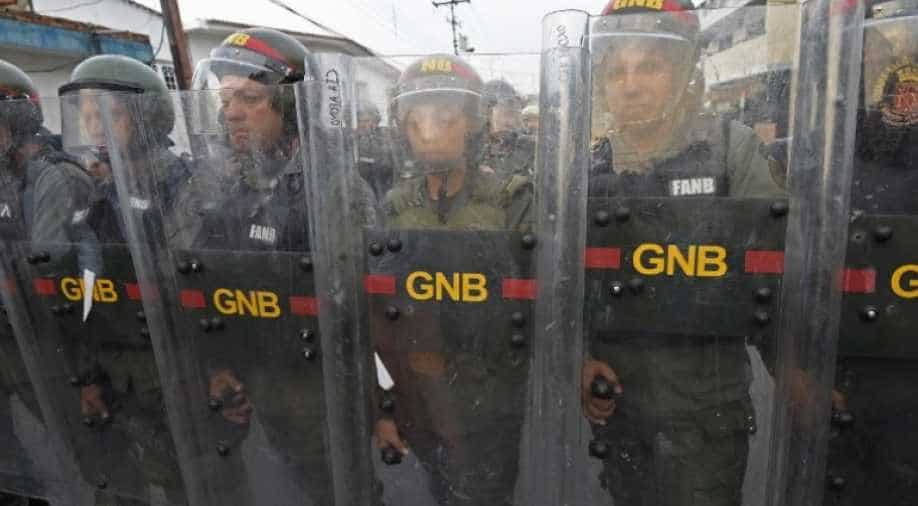 What began as a general strike has morphed into a wider display of discontent over President Ivan Duque's economic policies, political corruption and drug-financed violence.

Protests also took place in other major cities including Cali and Medellin, and nationwide the authorities recorded 165 marches, rallies or road blockages, police chief Oscar Atehortua said. Most of the arrests were in Bogota and 10 of the 11 injured were police, he said.

The Bogota events started in the late afternoon as a traditional pot-banging demonstration of the kind common in Latin America and late last year when protests first erupted against conservative President Ivan Duque's 17-month-old government.

What began as a general strike has morphed into a wider display of discontent over his economic policies, unemployment, political corruption and drug-financed violence.

Security forces were still deployed in the old quarter of Bogota as night fell Tuesday. Mayor Claudia Lopez said the day had been mostly peaceful, although in some neighbourhoods small groups turned violent. 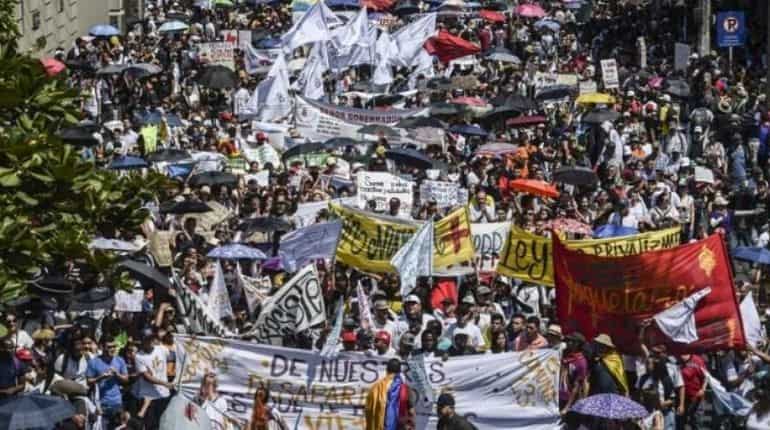 "This is a fight for you and your children's children because this country is a mess," she said to police, waving a white flag.

Lopez, who took office on January 1, has set up procedures to try to prevent violence at demonstrations, which have left four people dead since they began on November 21.

About 500 people have been injured and around 200 arrested. Many protesters feel that efforts to end the decades-long armed conflict with the country's FARC rebels have detracted from progress in other areas of society.

They also want Duque to dismantle the feared ESMAD riot police, widely criticized for its heavy-handed response to demonstrations. Duque has yielded to some of the other demands on tax reform, announcing the refund of Value Added Tax to the poorest 20 per cent of the population and benefits for companies that hire young people.

The president defended what he called "a national conversation" with various sectors of society to try to find a way out of the stand-off.