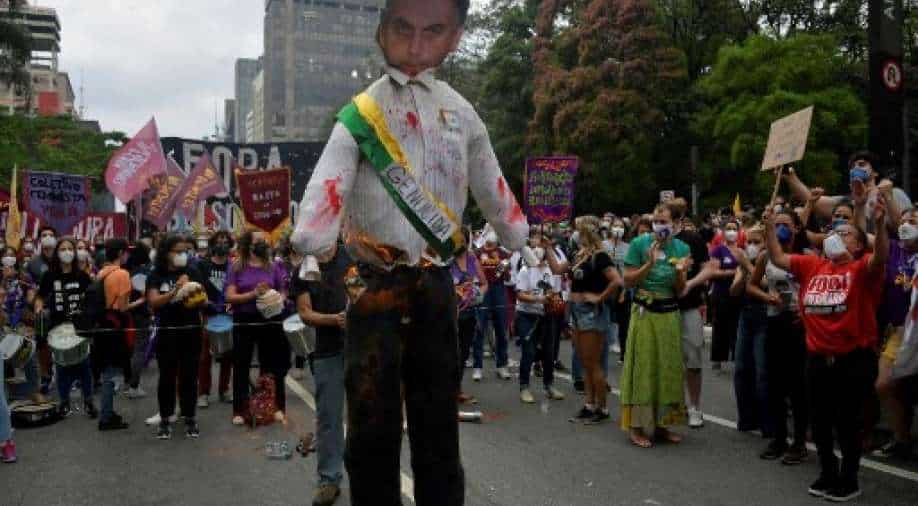 An image of Bolsonaro is burnt during a protests demanding his resignation, in Sao Paulo Photograph:( AFP )

The demonstrations were held on Saturday against the president's handling of the coronavirus crisis as large crowds were seen in major cities including Brasilia, Sao Paulo and Rio de Janeiro.

Bolsonaro's approval rating has sunk to a new low amid the protests. Reports say more than 160 towns and cities saw massive protests as citizens expressed their dismay over Bolsonaro's governance.

Among other issues, Bolsonaro has come under criticism for his handling of the virus which has claimed nearly 600,000 lives.

Some protesters accused the president of destroying the economy which has been hit by inflation and high fuel prices as hundreds gathered at Esplanade of Ministries in Brasilia.

Similar protests were also witnessed in the northern state capitals of Recife and Belém. The demonstrators were joined by trade unions and left parties, reports said.