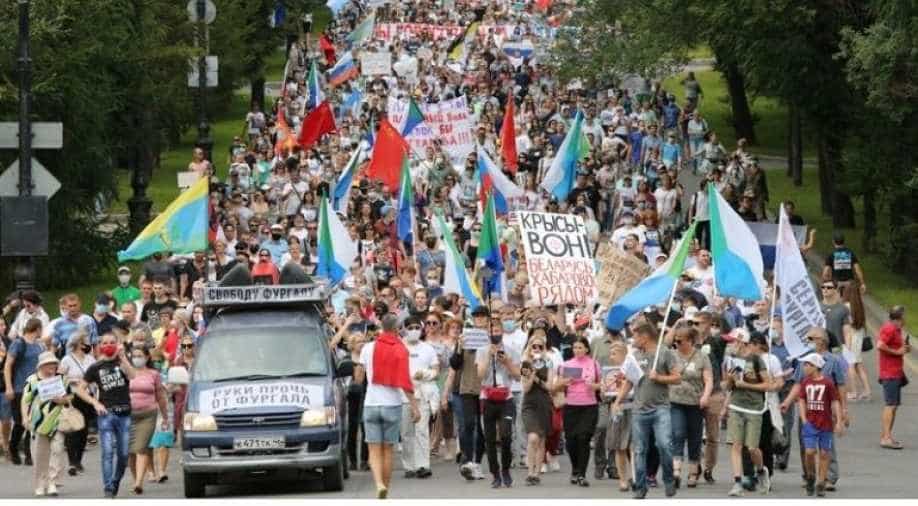 Around 1,500 people marched through the streets of the Russian far eastern city of Khabarovsk on Saturday, marking the seventh consecutive weekend of protests after the region`s governor was detained in early July.

Residents of Khabarovsk, 6,110 km (3,800 miles) east of Moscow, have protested since the detention of Sergei Furgal, the region`s popular governor, on July 9 in connection with murder charges which he denies.

His supporters say the detention is politically motivated.

People marched on Saturday with posters reading "Freedom to Furgal" and "Belarus - Khabarovsk is with you" - a sign of support for opposition rallies in Belarus protesting against the alleged rigging of its presidential election.

On Saturday, posters wishing recovery for Alexei Navalny, a Kremlin critic who collapsed on a plane on Thursday after drinking tea that his allies believe was laced with poison, were also seen among the people marching in Khabarovsk.

Navalny was evacuated from the Siberian city of Omsk and brought to Germany for medical treatment on Saturday.