Protesters clash with police in Paris over security law 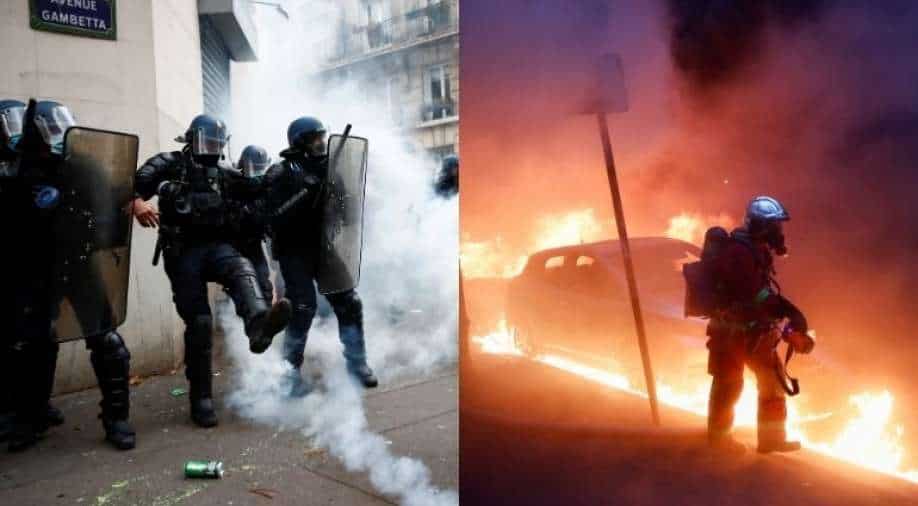 Reports said protesters damage supermarkets and cars were set on fire in the French capital as last weekends violence was repeated on Saturday.

Protesters in Paris took to the streets on Saturday to demonstrate against police violence and President Macron's proposed security law as police fired tear gas shells amid the coronavirus restrictions in French capital.

Reports said the protesters damaged supermarkets and cars were set on fire in the French capital as last weekends violence was repeated on Saturday. At least 133,000 people had demonstrated nationwide against the security bill last weekend.

According to the controversial article 24, the plan deemed sharing of images of police with "obvious intention to harm" punishable by a year in prison and $54,000 fine.

Protesters said it would hinder human rights and curb the people's will to expose police brutality. Amid the escalating tension, Macron's party said it was ready with a "new version" of Article 24.

The contentious bill was approved last week by the country's lower house and was sent to the upper house for approval where the Conservatives have a majority.