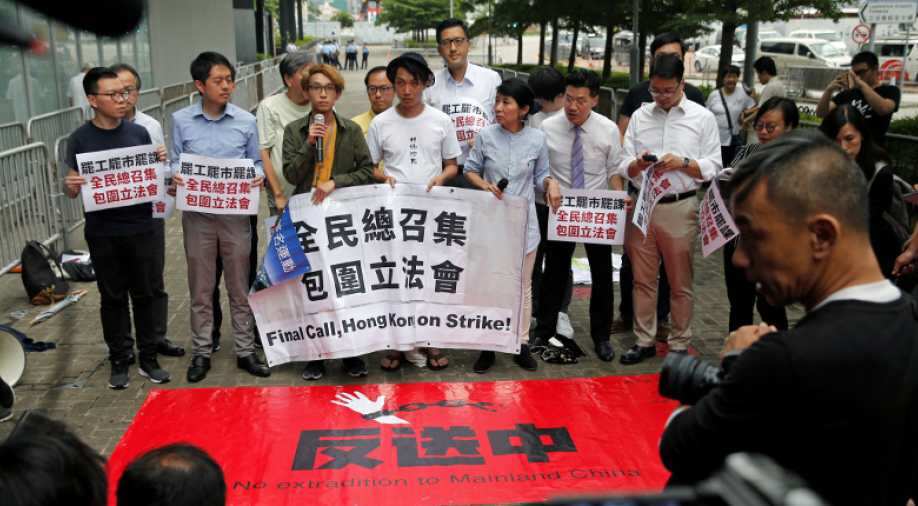 Embattled leader Lam said she would press ahead with the controversial legislation despite deep concerns across the Asian financial hub.

Protesters have blocked two main highways in central Hong Kong in rallies against a divisive government plan to allow extraditions to China.

Thousands of people occupied the two roads, bringing traffic to a standstill and mimicking tactics used in 2014 in the Occupy movement where key intersections were blocked for months.

Chaotic scenes erupted in Hong Kong early on Wednesday as thousands of demonstrators stormed a key road next to government offices to protest against a proposed extradition bill that would allow people to be sent to mainland China for trial.

Television pictures showed thousands of protesters rallying in and around Lung Wo Road, an important east-west artery near the offices of Hong Kong Chief Executive Carrie Lam, as hundreds of riot police warned them to stop advancing.

Some protesters erected barricades to block traffic in the heart of the Asian financial centre, with many defying police calls to retreat, in scenes reminiscent of pro-democracy protests that rocked the city in late 2014.

Embattled leader Lam said she would press ahead with the controversial legislation despite deep concerns across the Asian financial hub that triggered on Sunday its biggest political demonstration since its handover from British to Chinese rule in 1997.

Demonstrators from across a wide spectrum of Hong Kong society began joining the overnight protesters earlier on Wednesday as businesses across the city prepared to go on strike.

The bill, which has generated unusually broad opposition at home and abroad, is due for a second round of debate on Wednesday in Hong Kong's 70-seat Legislative Council. The legislature is controlled by a pro-Beijing majority.

Lam has sought to soothe public concerns and said her administration was creating additional amendments to the bill, including safeguarding human rights.